Abandoned and Derelict Vessels: A Side Effect of Natural Disasters

By Vicki Loe, Office of Response and Restoration

As a NOAA scientific support coordinator for Alaska with OR&R’s Emergency Response Division, Catherine Berg is used to the pollution removal process following an oil or chemical spill. But soon after Hurricane Maria struck Puerto Rico on Sept. 20, 2017, Catherine learned that her response skills would soon be needed to address the thousands of abandoned and derelict vessels scattered on or near the coast, many a potential source of marine pollution, as fuel and other chemicals made their way into the marine environment.

The hurricane, just below the threshold of Category 5 intensity when it hit land, made its way across the island that same day, roughly moving diagonally from southeast to northwest, emerging into the Atlantic in the early evening. It affected most of the island’s coast. Maria turned out to be the strongest hurricane to hit Puerto Rico, home to 3.3 million people, in 89 years. The official death toll from the storm was later determined to be 2,975.

While other federal agencies were addressing the devastation inland and to the island’s residents, Catherine and the NOAA team worked to remove abandoned and derelict vessels (ADV) from sensitive shoreline habitats — mangroves, seagrass, and corals. The NOAA team assisted the U.S. Coast Guard by identifying sensitive wildlife and habitat issues that could be a concern during vessel salvage and developed best management practices to minimize further damage to the environment and wildlife during the salvage process.

This was a different work experience from what Catherine had been accustomed to. Stationed in Anchorage, Alaska, she travels long distances for planning, exercises, and training. In addition to oil and chemical spills she does address abandoned vessels, as the Office of Response and Restoration addresses the issue of ADV regularly along the nation’s coasts.

As Catherine describes it, “Most of our coastline is remote and very rarely visited. Most of the abandoned vessels go unseen or unaddressed. But if a pollution issue is observed in an ADV, and reported to the USCG, then I will likely assist in the pollution removal process. After the pollution is removed, the vessel is likely to be left in place.” 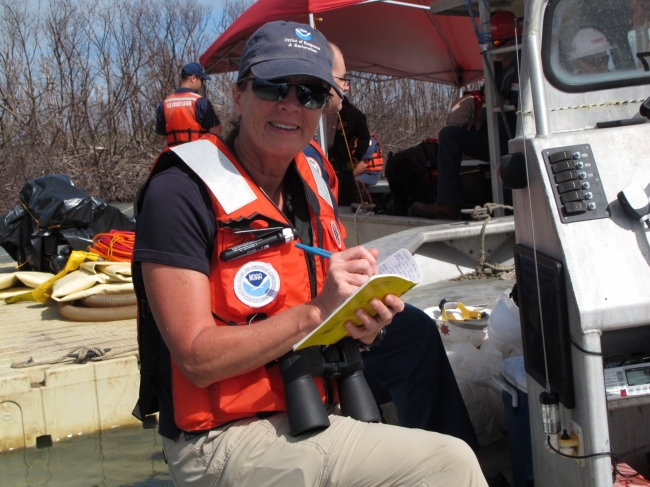 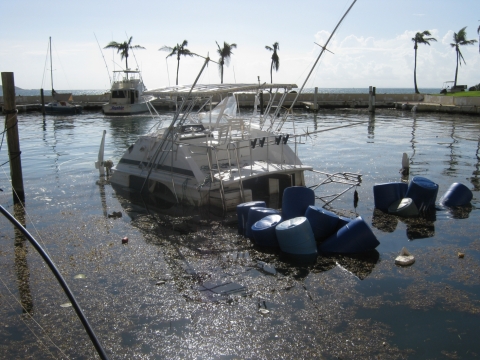 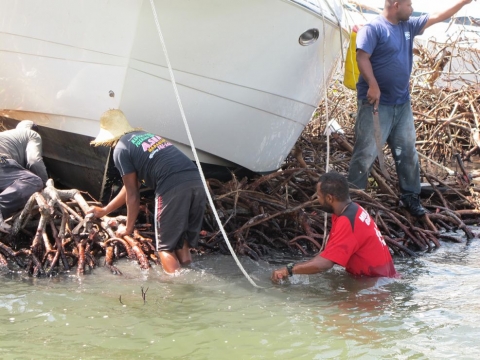 According to Catherine, “The biggest difference working a Puerto Rico response versus an Alaska response was, of course, the weather. It was winter — cold and dark — in Alaska and very hot and sunny in Puerto Rico. Most of my field gear consists of heavy clothing for cold weather so I couldn't use most of it in Puerto Rico. Traveling in Puerto Rico meant very long drives in the car and heavy traffic. In Alaska, I fly. And we don't ever really have a lot of traffic. The habitats that we worked in were also different; I had to study up on mangroves and seagrasses so that I could train operations teams on appropriate best management practices for their field work. But the response process, work duties and tasks, and the people I worked with were familiar and that made the transition fairly easy.”

During three tours of two weeks each in Puerto Rico, Catherine’s days were varied.

“We rotated field days with Command Post days. In the Command Post, we participated in meetings to inform and develop operational plans, wrote numerous planning documents, conducted trainings, consulted with our colleagues working other hurricane responses, coordinated via email with local stakeholders, visiting local stakeholders at their offices, and maintaining OR&R’s Environmental Response Management Application (ERMA), the ‘Common Operating Picture’ that the U.S. Coast Guard uses to organize and display the data at major responses,” Catherine said. “On field days, we visited the stranded vessels via car, ATV [all-terrain vehicle], ferry, boat, canoe, on foot, etc. to assess the sensitivity of the habitat and observe wildlife in the area. We also monitored the salvage process and made recommendations on scene to modify the operations.”

It was difficult working amidst such destruction, and Catherine describes working in communities that had been completely devastated by the hurricane as heartbreaking. She appreciated the “really smart, hard-working and just good people” that she met. She worked with several government agencies — the U.S Coast Guard, U.S. Environmental Protection Agency (EPA), Commonwealth of Puerto Rico, and natural resource trustees including the National Marine Fisheries Service and U.S. Fish and Wildlife Service (USFWS).

Catherine once worked for the USFWS and a high point of this assignment was getting to work again with her long-time colleague and good friend, Felix Lopez. Felix was the local USFWS representative who worked with Catherine’s team in the Command Post. He was able to show her around, including a visit to the beautiful Vieques National Wildlife Refuge. 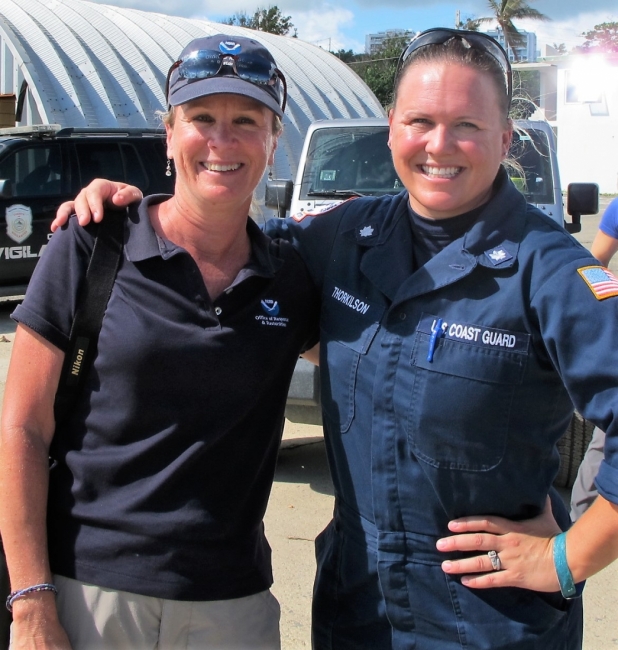 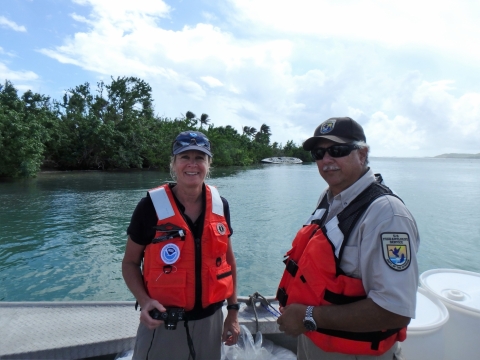 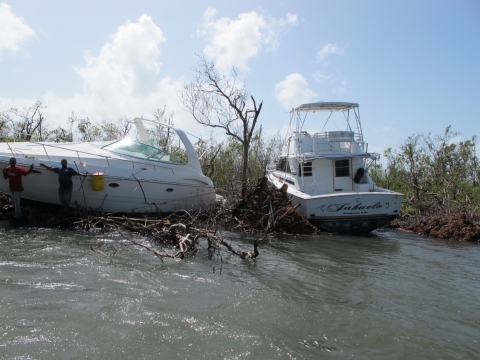