On Jan. 15, Mobile Baykeeper hosted a cleanup at One Mile Creek in Mobile, Alabama targeting debris originating from Mardi Gras celebrations and nearby communities.

Caitlin Wessel, Gulf of Mexico regional coordinator for OR&R's Marine Debris Program attended, lending a hand (and a paddle) to the cleanup!

Mardi Gras is a fun occasion for many cities across the south from New Orleans to Alabama. Beads, moon pies, and toys are Mardi Gras staples and are thrown to excited crowds lining the streets during parades that begin six weeks before Fat Tuesday. Unfortunately, many of the "throws" are abandoned on the street and can easily wash down street drains and end up in the streams, rivers, and eventually the Gulf of Mexico.

Mobile Baykeeper, with a grant from NOAA’s Marine Debris Program, worked with partners in the city of Mobile last week to install custom-built screens in rainwater gutters across the city.

“We often see a lot of the same materials like shopping carts, car tires, toy cars, styrofoam containers, TVs, mops, buckets … but we’ve actually seen a lot of Mardi Gras throws including toy footballs, beads, cups, frisbees, you name it,” said Baykeeper Communications Director Hanlon Walsh. “There’s an obvious tie-in between Mardi Gras and litter, so I think the big thing is to make people more aware of it.”

Mobile Baykeeper held two cleanups before the Mardi Gras season began. With over 300 volunteers, they have removed more than 4,000 pounds of litter and 35 tires from One Mile Creek where the stormwater from the city drains into. Working with TerraCycle, a recycling company operating in over 20 countries, Mobile Baykeeper has been able to recycle about 40 percent of the debris that’s been removed.

Following this year's Mardi Gras festivities, Mobile Baykeeper will be hosting another cleanup on Feb. 24, 2018.

With the help of these screens and other preventative measures, regular clean-ups throughout the year, and increased awareness, Mobile Baykeeper hopes to reduce the environmental impacts of Mardi Gras while keeping the Mardi Gras spirit alive and well! 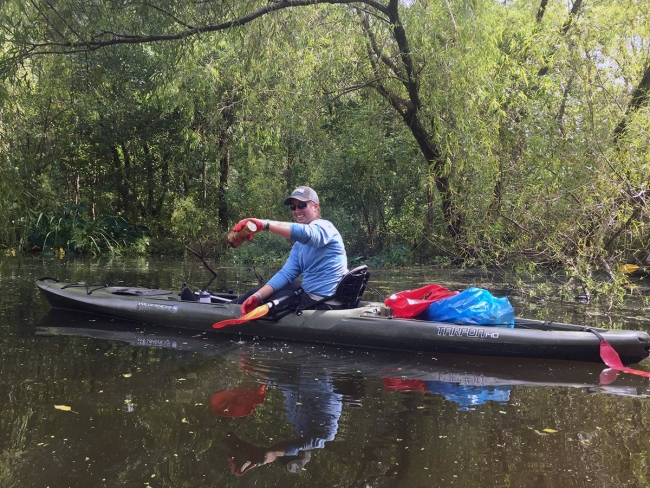 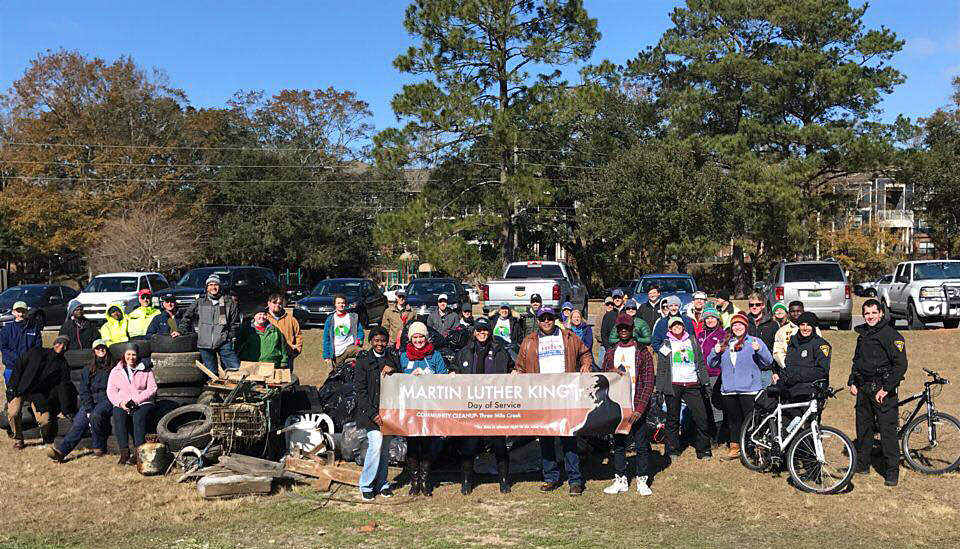