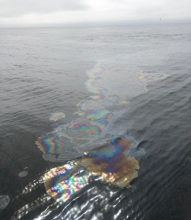 Prevention efforts have reduced recent ship sinkings, but what about the thousands of historical shipwrecks in U.S. waters?  Many of these sit out of sight, damaged, collapsed onto the seabed—some threatening to leak their oil cargo or fuel. Is there a way to prevent spills from ships that have already sunk? Improvements in underwater technologies now allow salvage companies to safely conduct oil removal operations from sunken ships, but where to start?

At about 1:30 a.m.on Tuesday, May 5, 1942,  the American Steam Tanker Munger T. Ball, en route to Norfolk, Virginia, from Port Arthur, Texas, with a cargo of 65,000 gallons of gasoline was hit twice by torpedoes and machine gun fire from the German U-507 about 80 miles northwest of Key West, Florida. The first hit caused the tanker to burst into flames, preventing the crews’ ability to launch lifeboats, leaving 30 dead and four survivors who were able to swim away from the burning vessel and be rescued four hours later. The vessel sank within 15 minutes of the second hit. 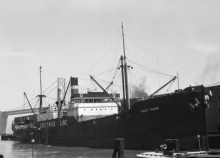 On June 2, 2016, an underwater survey team is looking at what they believe to be the wreck of the 324-foot-long Coast Trader, a U.S. Army-chartered freight ship sunk somewhere off the Washington coast during World War II. The shipwreck being surveyed is located near the entrance to the Strait of Juan de Fuca just across the border of Washington state and British Columbia in Canadian waters.