This feature is part of a monthly series profiling scientists and technicians who provide exemplary contributions to the mission of NOAA’s Office of Response and Restoration (OR&R). In this month’s feature meet Alyson Finn, emergency planning specialist with OR&R’s Disaster Preparedness Program.

Alyson “Aly” Finn grew up in Andover, Massachusetts, just outside of Boston. She is the daughter of two very outdoorsy people, and together Aly, her parents, and her sister Heather enjoyed summering at Lake Winnipesaukee. They loved it so much, that they later moved to Moultonborough, New Hampshire, where the seasons revolved around the lake — waterskiing, tubing, and swimming in the summer, ice fishing and playing hockey in the winter.

“I really loved being outside with people, and my favorite memories from growing up were just going to the beach with my family. They used to load everything up and wheel me down to the beach in their old wagons,” Aly said, adding that it was a community beach always filled with family and friends. During the summer months the beach was Aly’s home away from home.

From an early age, Aly enjoyed connecting with people and facilitating movement between diverse groups of people. So when she went to Plymouth State University in New Hampshire, the undergraduate professional communications program seemed like the perfect fit.

It wasn’t until after college that she began to hone this skill further into a focus on emergency management planning. Seeking an opportunity to get out into the world and try something new, she found herself in FEMA Corps — a partnership between FEMA and the AmeriCorps National Civilian Community Corps program.

While in FEMA Corps, Aly had the opportunity to serve communities impacted by disasters. Working for FEMA Corps, Aly also enjoyed getting to visit a diverse array of communities. Though she was stationed out of McClellan Air Force Base in Sacramento, California, her work took her across the country.

“It was here that I learned how to bring order to chaos. I was blown away by people’s ability to come together to communicate and coordinate resources during times of disasters,” Aly said. “I got to see things people my age only dream about seeing. I’ve been to almost 25 national parks around the country, and it opened up my eyes to things I had never seen. It taught me how to be flexible, and to get the job done no matter what the scenario is.”

As the assistant team leader, Aly came to realize her ability to develop emergency plans and bring people together. After she finished her program with FEMA Corps, she went to graduate school to pursue a job in emergency management. While working toward her master’s in emergency planning and public administration from Lynn University in Boca Raton, Florida, she went to work for the American Red Cross as a community disaster education specialist through a national AmeriCorps program.

In her new role, Aly was in charge of all the community outreach presentations within the South Florida Region. She enjoyed being a part of disaster services, supporting response operations and building disaster action teams. She began looking for a way to make the position permanent and began a new role as a disaster program specialist for the American Red Cross in Florida where she managed the disaster services team for Florida’s Coast to Heartland Chapter. A year later, she saw an opportunity to further advance her career as a disaster program manager in Portland, Maine — increasing her jurisdiction, and her role within the nonprofit.

“In my new role I had a lot more responsibility, specifically focusing on strengthening and managing teams to respond to disasters both locally and nationally,” Aly said.

Aly later transitioned to a senior disaster program manager for the state of Maine and in August 2017, Aly was deployed to South Florida in advance of Hurricane Irma. She was in Miami stationed at the Miami Dade Emergency Operations Center when the hurricane made landfall. As a shelter coordinator, she managed shelter operations stretching from the Florida Keys to Naples, Florida. 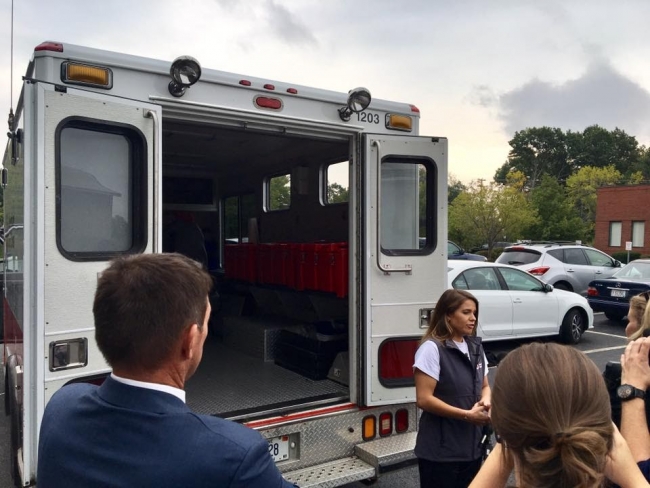 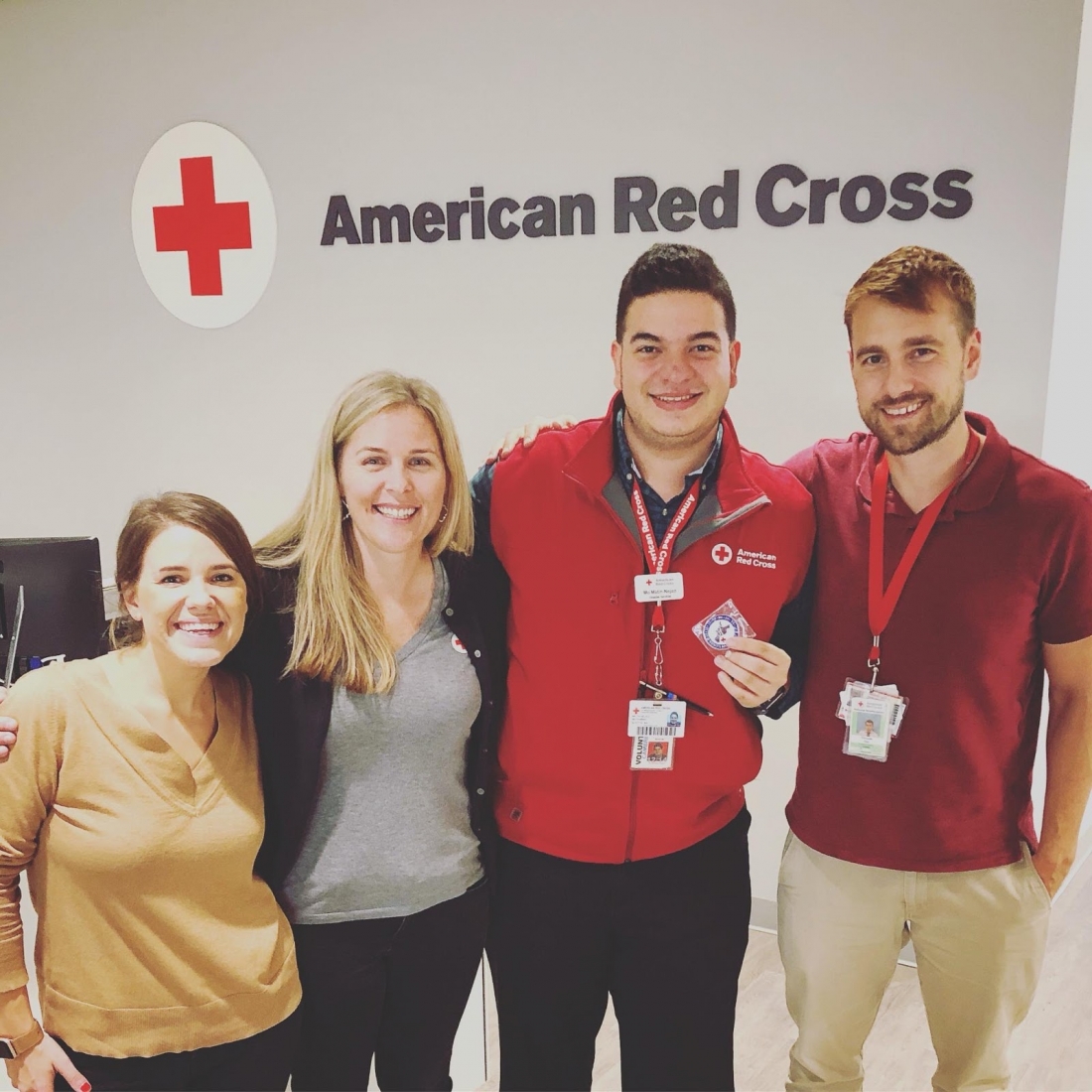 “It was an amazing and challenging role, I was responsible for coordinating operations for over 75 shelters and more than 120,000 clients,” Aly said. “Looking back, Hurricane Irma changed my life. It was during Hurricane Irma that I found my passion in emergency planning. I saw that there was such a dire need for more emergency planners.”

During Irma, she was amazed to see what a difference proper planning and coordination made in the lives of those impacted by the hurricane, she said, adding that “We were able to help those affected get back on their feet and start their recovery.”

Coming back from Florida, Aly was certain that she wanted to get serious about emergency management and focus more on preparedness plans. A new job search led her straight to NOAA, where she now works as an emergency planning specialist for the Office of Response and Restoration’s Disaster Preparedness Program.

“It just seemed like the perfect fit, I am so passionate about preparedness and plans,” Aly said, adding that since being at NOAA her role has “morphed and become a role that I am really proud of.”

Based out of the NOAA headquarters in Silver Spring, Maryland, Aly started in November 2018 just as the program was celebrating its first year since its creation. As an emergency planning specialist, Aly is responsible for supporting the Disaster Preparedness Program, the Office of Response and Restoration, and the National Ocean Service in the development of preparedness plans, including continuity of operations plans (COOP), improvement actions, support for the Incident Management Team, outreach and training efforts, and a variety of other disaster preparedness initiatives.

“Every day I learn something new and I’m inspired to be better than I was the day before. … It's the innovation of creating something new that drives me,” Aly said. “I’ve become more attuned to the ever changing world around me.”

With an appetite for learning Aly continues to expand her own knowledge within the disaster preparedness field. She received her emergency manager certification, through the International Association of Emergency Managers, which she has been working toward over the past two years. She continues to seek out opportunities to grow her knowledge and hopes to dive deeper into preparedness planning and coordination.

In her free time, Aly loves to play board games and to travel, and of course, to be in the great outdoors. She enjoys taking her black lab Lady with her on hiking and camping trips. She also enjoys boating and kayaking, though she says her fondest memories will always be from her time spent growing up on Lake Winnipesaukee. 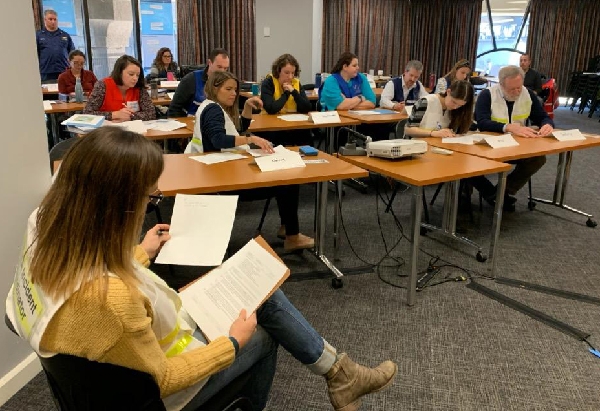 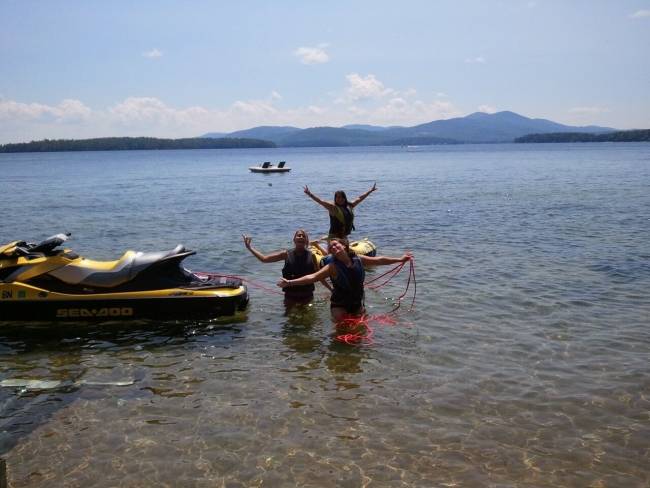 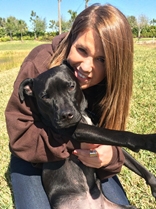 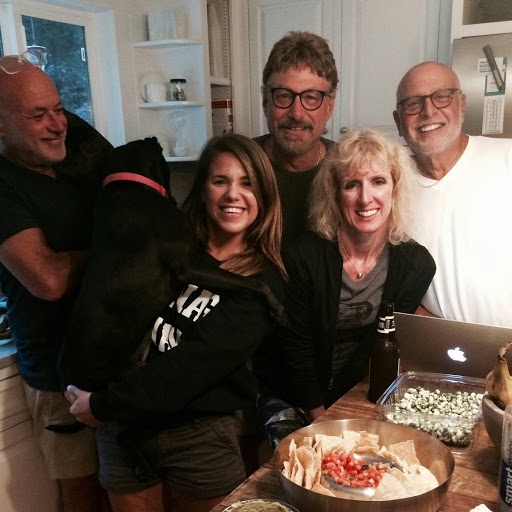