Celebrating the Birth of a Long-Standing Partnership: Happy 228th to Our Friends at the Coast Guard! 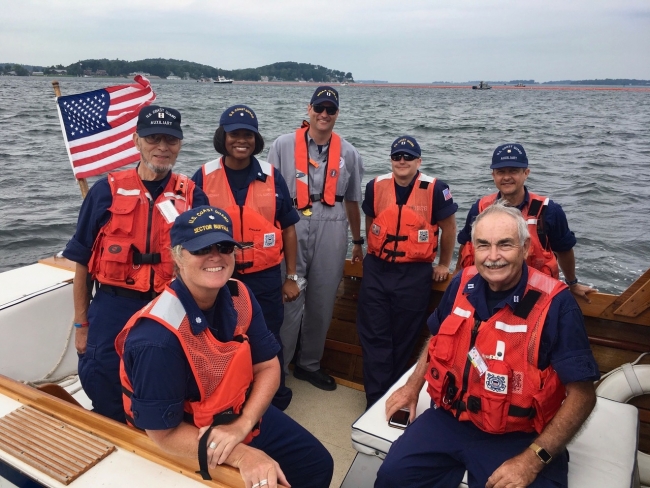 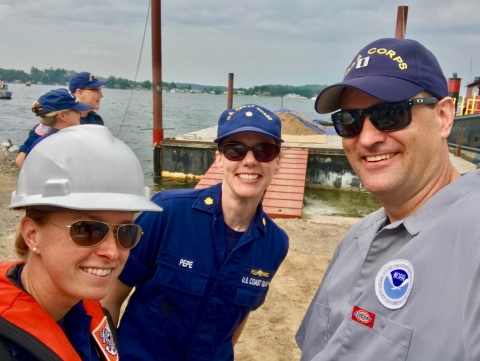 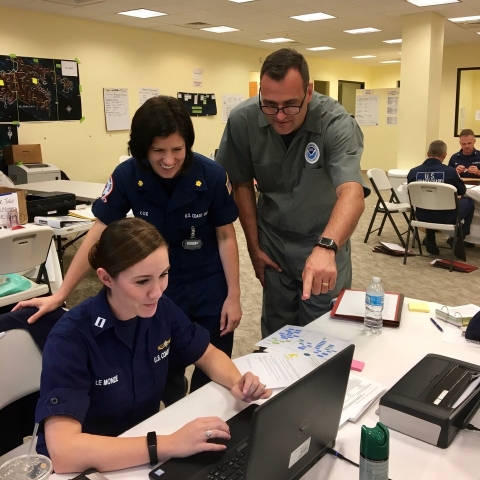 As the U.S. Coast Guard prepares to celebrate its 228th birthday, we’d like to show our appreciation to them for all their hard work in helping us fight the threat of marine pollution.

The U.S. Coast Guard and NOAA have a long history of collaboration. While the U.S. Coast Guard continues ahead on a journey to keep our coastal waters clean of marine pollution, NOAA’s Office of Response and Restoration is right by their side to provide the scientific support to help them do it.

OR&R’s Emergency Response Division (ERD) consists of an interdisciplinary scientific team that responds to oil and chemical spills in U.S. waters and helps the on-scene coordinator make timely operational decisions. The team is headquartered at NOAA’s Seattle campus, however, ERD’s scientific support coordinators (SSCs), are located around the country throughout the various U.S. Coast Guard District. For each SSC, there is a Coast Guard counterpart (or a team of counterparts) that we work with.

The Coast Guard relies on us for our spill trajectory estimates, chemical hazards analyses, and assessments of the sensitivity of biological and human-use resources, and this complements their operational on-the-ground, (and on-the-water and in-the-air) expertise. The collaboration of the two agencies brings together the valuable science and operations needed to develop and implement the best plan of action to cleanup spills and protect the environment

While OR&R provides the science to support the Coast Guard’s function to manage oil and chemical spill clean-up activities, our relationship goes beyond that of just support — it’s symbiotic. Just ask our counterparts in the Great Lakes Region, Coast Guard District 9.

Scientific Support Coordinator Lieutenant Michael Doig is based out of Cleveland, Ohio at the Coast Guard headquarters for District 9. As part of the Region 5 Regional Response Team, he works directly with his counterparts in the Coast Guard — District Response Advisory Team (DRAT) Supervisor TJ Mangoni and Incident Management and Preparedness Advisor (IMPA) Jerry Popiel.

TJ and Jerry have both lived and worked in District 9 for over two decades. They’ve worked with multiple SSCs over the years, and have an appreciation for the wide skill set each one has brought to the team. From scientific support to interagency relations, SSCs provide support to the Coast Guard’s response teams in a variety of ways.

The USCG uses ERMA to display their Geographic Response Strategies (GRS) in preparation for spills. “Our operational units have direct contact with Michael as part of a larger support package, so we’re constantly informed of the SSC’s work,” TJ said. “Mike’s integral in helping us get those strategies loaded into ERMA.”

During the 2016 Republican National Convention, the Coast Guard provided security from the water. The RNC became the first instance that NOAA’s online mapping tool ERMA was used as a law enforcement tool.

“Our team was tasked with providing support for all the delegates on the waterside,” TJ said. “We’re very satisfied with ERMA as a common operational picture (COP) and we were able to convince them to use ERMA for law enforcement purposes at the RNC.”

“What NOAA represents to us is a resource that doesn’t necessarily fit in a nice little box,” he added. “We call them up and say ‘hey, we’ve got this weird thing,’ and they’re right there ready to help.”

“Earlier this year, a ship severed several cables filled with dielectric fluid, and there was a pipeline nearby, there were tribal interests involved, overall it was a minor spill but there were a lot of moving parts,” TJ said.

Throughout the year, Michael also puts together workshops and full-scale exercises for the Coast Guard — including OR&R’s Shoreline Cleanup and Assessment Technique (SCAT) trainings.

Part of Michael’s job includes consulting with natural resource trustees, ranging from tribal, state, or federal entities. Working in District 9, the Great Lakes region, this area includes a lot of work with agencies across the border as well — such as Canadian tribes and Environment Canada.

“There’s a lot of contact with resource trustees,” Jerry said. “And Mike brings the skill set to work with them.”

Though Michael has only been working with TJ and Jerry for about a year and a half, the Coast Guard and NOAA have a long history of collaboration.

TJ recalls a time during the 2015 response to the tank barge Argo, which sank in 1937 in Lake Erie, when the SSC provided a great amount of support.

“It was a very highly technical case where we really relied on our scientific support,” TJ said. “The SSC at the time was Greg Schweitzer, and he stayed in the incident command post with us the whole time.”

“In the DRAT, the addition of the scientific guidance is part of that team. I’ve been through, I don’t know how many SSCs, and each one has brought a baseline of skills but they also have their own unique way of doing things,” TJ said.

Though Michael is a NOAA Corps Lieutenant, being a uniformed officer is not a requirement to being an SSC.

According to Jerry, District 9 has traditionally been the place where the SSC has consistently been a uniformed officer. Jerry said having that shared military background and experience has boosted the team’s capacity to work together — keeping them going like a well-oiled machine.

“They [TJ and Jerry] obviously have a lot of experience and years on the job,” Mike said. “I rely on them for their support and knowledge just as much as they rely on me.”

Great blog about a great topic! I had lunch with the Commandant of the Coast Guard last week, and we discussed ways we are making our partnership even stronger. These included joint Arctic operations, counter-IUUF work using drones, and combined Blue Economy technology development.