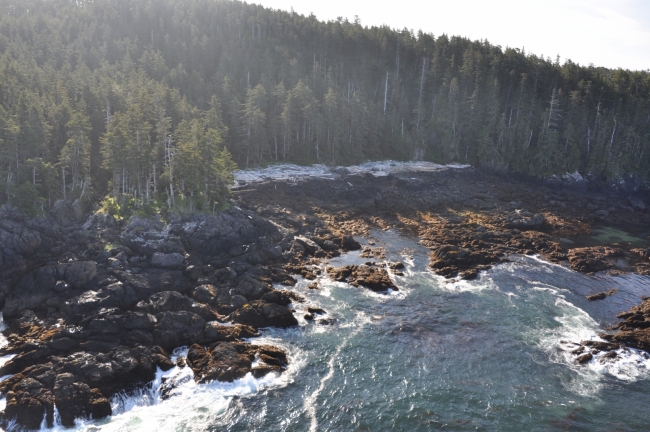 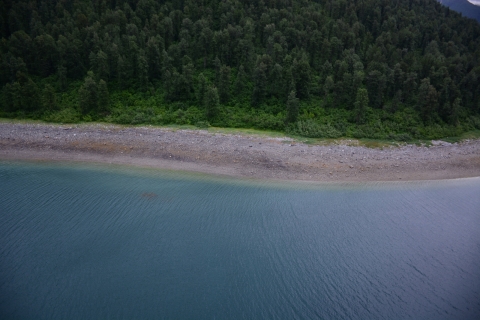 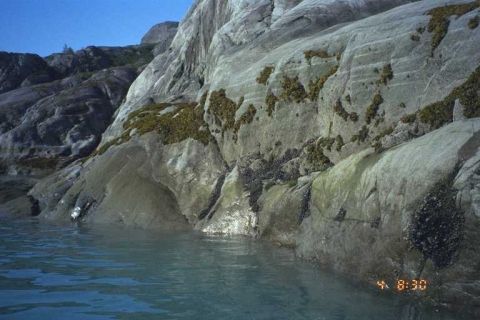 A remnant of the Ice Age, Glacier Bay Park and Preserve sits between the Gulf of Alaska and Canada at the northernmost section of the southeastern Alaska coastline. As its name suggests, Glacier Bay is home to thousands of glaciers, though centuries ago, a single tidewater glacier stretched across the whole of Glacier Bay. By the mid-18th century, the ice began to retreat and has continued to withdraw nearly 60 miles in total over the past two and a half centuries.

Many of the thousands of glaciers now standing where the large glacier once stood are also part of a 25 million acre UNESCO World Heritage Site and Biosphere Reserve — one of the largest international protected areas in the world. As these glaciers continue to thin and recede more rapidly over time, the landscape for the region continues to change.

Though the majority of Glacier Bay is made up of public lands belonging to the national park, the Bay itself is quite remote as it lies more than 50 miles away from the nearest city, Juneau. As there are no roads leading to the park, Glacier Bay is easiest to access by water or air. Despite the remoteness of the park, over half a million visitors come to the bay each year — mostly by cruise ships.

Because of Glacier Bay’s remote location and geographic and climate challenges, not a lot of imaging, mapping, and biodata collection had been done in the area until the turn of the century. After the 1989 Exxon Valdez oil spill, the park and its various scientific partners realized that having an accurate baseline of information on the coastal resources of the area was crucial to managing the response, cleanup, and restoration of a major environmental disaster.

“Backtrack 15 to 20 years ago, and issues like Exxon Valdez or a future catastrophic event were at the forefront for a lot of people in Alaska,” said Whitney Rapp, geographic information system specialist for Glacier Bay.

Rapp’s introduction to the park was the CoastWalker project — a collaborative effort between NOAA and the National Park Service to gather data and imagery along the Alaska coastline. The field work was wrapping up by 2003, and Rapp joined the project just in time to be a part of it.

In total, about six years worth of data were collected by a handful of field staff. The objective was to document the on-the-ground conditions of the park, so that in the event of an incident, responders could not only be aware of the natural resources in the area, but also know whether or not restoration would be needed. In some of the areas data had never even been collected, while others simply needed to be updated.

As the park can only be accessed by plane or boat, the amount of marine traffic in the area has its own risks. Vessel groundings have happened in the past, so it’s important to be prepared for the worst. Maintaining a database of information and having it accessible and usable in the event of a fast deployment can help responders to know which beaches are the most sensitive to prioritize their efforts.

Since 2003 when the field work came to a close, a lot of the technology available for documenting field data has changed. A great deal of the time since then has been put toward establishing a database and going through various iterations to optimize the availability of the information. As the project further developed, the group also wanted to find a way to make the data more publicly available. The park looked to NOAA — with its greater capacity and dedicated resources for data management — to make a more open-sourced product possible.

“We were stuck in that we didn’t have the time or the resources to make the project what it is, so there’s been a lot of synergy between different efforts and how they can be used together,” Rapp said. “No one land manager can do it alone, so figuring out ways to share and come up with solutions is better for everyone all around.”

The solution to integrate the information was to add it to the Environmental Response Management Application (ERMA) — an online mapping tool that integrates both static and real-time data.

Alongside the CoastWalker effort, another project to map the Pacific Coast of North America through aerial imagery is also underway. A partnership of various federal, state, and nonprofit entities, ShoreZone was developed in 1979 to use video imagery to help map the shoreline and the physical habitats around it.

Unlike CoastWalker, ShoreZone imagery and data is collected almost entirely by air. The two efforts are complementary to one another, as together they create a whole picture for scientists and responders to work from. ShoreZone has mapped the entire coastline from Oregon to Alaska, and even British Columbia. Until recently, Glacier Bay was one of the few remaining areas that hadn’t been mapped by this effort.

“We never had data for ShoreZone until last year,” Rapp said. “We [Glacier Bay] were the one red dot in Alaska that had never been acquired.”

Over five days in July of last year, imaging crews flew over the park during low tide. Those images were then passed off to habitat mappers who recreated the shoreline digitally, including layers of information on the geomorphic and biological data. The ShoreZone imagery and data, along with the CoastWalker data, are both now available in ERMA. (Click here to view these layers in ERMA.)

Because of the dynamically changing nature of the Glacier Bay area, these two efforts will continue over time. New and emerging technologies will also provide direction for the frequency of data collection. Just as 15 years ago, people might not have considered acquiring data to monitor for ocean acidification, other markers for natural change over time might also become a priority.

“We won’t be recollecting the data any time in the near, near future,” Rapp said. “But things can change pretty rapidly. Even right in our headquarters, we’ve noticed variations over the years. Where I’m sitting right now was covered by glaciers 250 years ago, so things change quite a bit and it’s important for us to continue to recognize and document that.”

“Going forward, this effort will be for us to get a shareable coastline that we can all agree is our coastline. Once we have the data and we know how we want to use it, we can continue to maintain it,” Rapp said. “Coastal LiDAR [light detection and ranging] acquisition in 2019 will bring us the next step forward in this goal to better map our resources.” 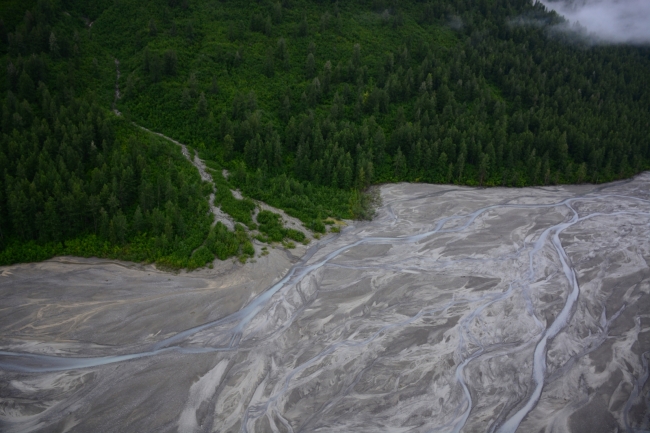 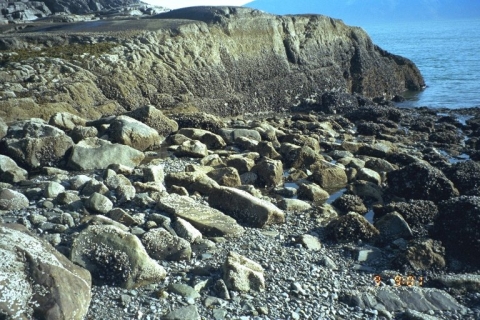 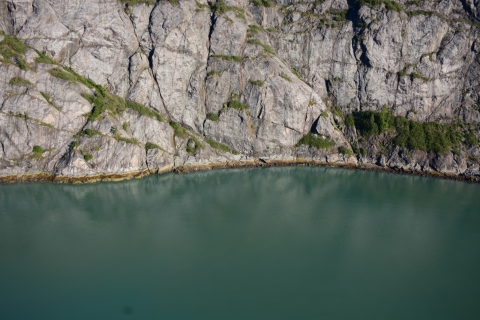