By Shane O'Neal, Office of Response and Restoration

ESI maps and data are a NOAA product that provide a concise summary of coastal resources at risk if an oil or chemical spill occurs nearby. Examples of at-risk resources include biological resources (such as shorebirds and mussel beds), sensitive shorelines (such as marshes and coastal wetlands), and human-use resources (such as public beaches, parks, and areas that could be used for access and staging in a spill response).

When an oil spill occurs, ESI maps help responders meet one of the main response objectives: reducing the environmental consequences of the spill and the cleanup efforts. Additionally, planners use ESI maps before a spill happens (such as during a drill and for mandated area contingency plans) to identify vulnerable locations, establish protection priorities, and identify cleanup strategies. State and federal agencies throughout the U.S. and its territories use ESI maps for both response planning and real-time response decisions.

The St. Marys and St. Lawrence Rivers are critical transportation corridors and are at high risk for an oil or chemical spill from rail, pipeline, or commercial shipping. The previous ESI maps for these areas dated to 1986 and 1985, respectively, and much of the data contained in the maps had become out of date and therefore less useful in an emergency response situation.

The St. Marys River drains Lake Superior into Lake Huron and forms the international border between Michigan in the United States and Ontario in Canada. It is also one of the most biologically important regions in the entire Great Lakes Basin. The new ESI maps for this region encompass the area from Whitefish Bay, at the eastern end of Lake Superior, to the northern extent of the Straits of Mackinac ESI maps that were completed in 2020.

The St. Lawrence River begins at the outflow of Lake Ontario and connects the Great Lakes to the Atlantic Ocean. The river forms the international border between New York state and Quebec, Canada, and is a major trade route. In both cases, only the portions of the river that are primarily within U.S. waters were mapped, although shorelines on the Canadian side of the border were also included.

These ESI updates occurred thanks to funding from the U.S. Coast Guard, and the final paper products were completed in July of 2021. The compiled ESI data are now available as layers through the online mapping tool Great Lakes ERMA® (Environmental Response Management Application), and the PDFs and associated metadata can also be downloaded from the OR&R website.

With this updated data in hand, NOAA and other response partners will be better equipped to respond to disasters and create response plans before an incident ever occurs. The maps will also allow for more accurate natural resource damage assessments in the event of a spill or other disaster, as the data now accurately reflects the current state of these dynamic zones.

OR&R looks forward to building on this momentum with the recently launched refresh of Lake Erie’s ESI maps, to be completed in 2022. 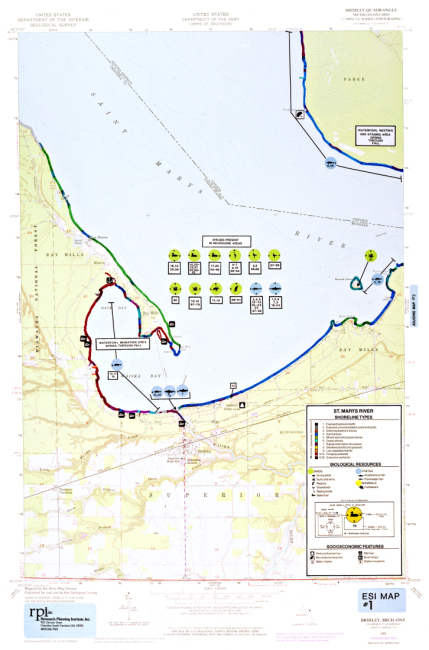 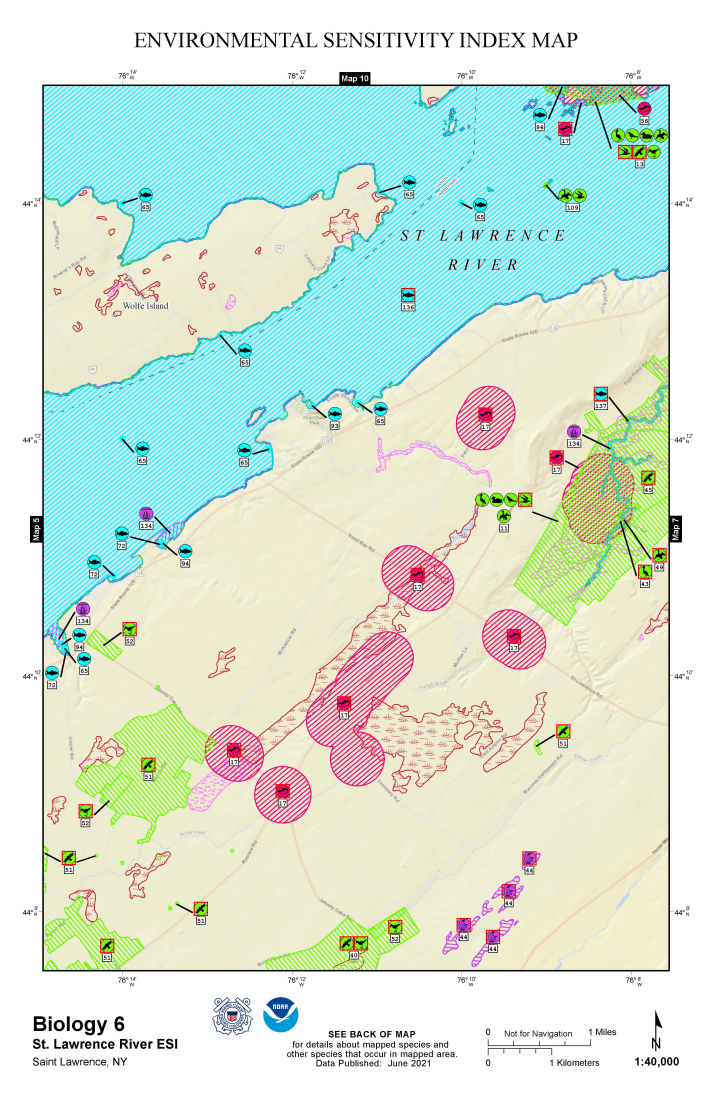