By Frank Csulak, Office of Response and Restoration

The ocean side of Virginia’s Eastern Shore extends from Assateague Island at the Maryland border to Fisherman’s Island at the foot of the Chesapeake Bay Bridge Tunnel. It is comprised of 23 dynamic islands, made up of sand, wetlands, and lagoons, and is one of the largest undeveloped stretches of shoreline along the East Coast.

The Virginia Barrier Islands are remote, ecologically valuable, and highly sensitive to oil spills. Given its critical importance, the United Nations designated the Virginia Barrier Islands as a biosphere reserve. Virginia’s barrier island system supports extremely important, sensitive, and diverse habitats and species. In addition to fishing, hunting, and significant shellfish aquaculture operations, the Eastern Shore supports an eco-tourism industry that depends upon its natural resources.

An Exercise to Prevent Pollution Impacts

Because of the abundant natural resources the Virginia Barrier Islands have to offer, NOAA and the U.S. Coast Guard Sector Hampton Roads partnered together for a full-scale oil spill exercise last month. The purpose of the exercise was to activate the entire response community, including multiple federal, state, county, and local agencies, industry and nongovernmental organizations, such as Virginia’s Institute of Marine Sciences and The Nature Conservancy. The exercise took place at the Eastern Shore Community College in Melfa, Virginia on Sept. 11-12, 2019. The goal of the exercise was to validate the Sector Hampton Roads Area Contingency Plan and the Eastern Shore Annex, and demonstrate the ability to respond to an oil spill by effectively developing operational strategies and tactics to minimize the impacts. 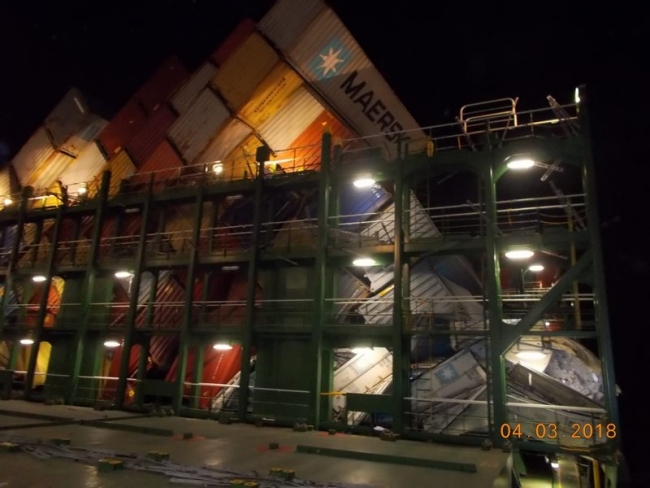 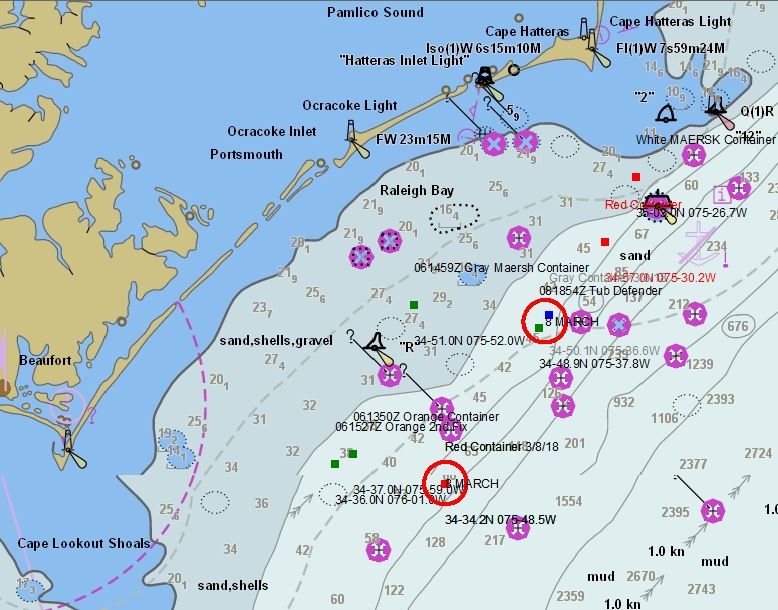 Historically, oil spills have been rare along the Eastern Shore, however, earlier this year a containership traveling off the coast of North Carolina lost where a dozen or so containers during a storm — puncturing a hole in the vessel’s hull and causing a spill. As the vessel continued toward New York Harbor, the Coast Guard estimated that 100,000 gallons of fuel oil was lost. If the vessel’s path had been closer along the Virginia coastline, the Eastern Shore could have been easily oiled, resulting in both short- and long-term impacts to its pristine barrier islands, its wetlands, and the local community.

“Anytime people can meet and work together before a response is ideal. It helps foster relationships and build trust,” said Lieutenant Commander Renee McKinnon, chief of Emergency Management and Force Readiness for Coast Guard Sector Hampton Roads. “We presented a difficult scenario for them to work through and to push the team to think outside the box. I think they worked together well and if there was an actual spill they would be even more effective.”

For the exercise, a scenario unfolded where a container ship traveling 20 miles off the Eastern Shore struck an unknown object, resulting in the release of 500,000 gallons of fuel oil. The ship’s crew discovered the spill two hours later and notifies the proper authorities. Meanwhile, winds and currents have put the spilled oil on a collision course with the beaches and tidal marshes of Parramore and Cedar islands.

The majority of the exercise involved a tabletop simulation of the imaginary spill, conducted from an incident command post and joint information center. Participants tested notification procedures and initial response actions, practiced communicating with the Eastern Shore community and media outlets, and weighed the pros and cons of dispersant use, among many other assessment and validation activities. 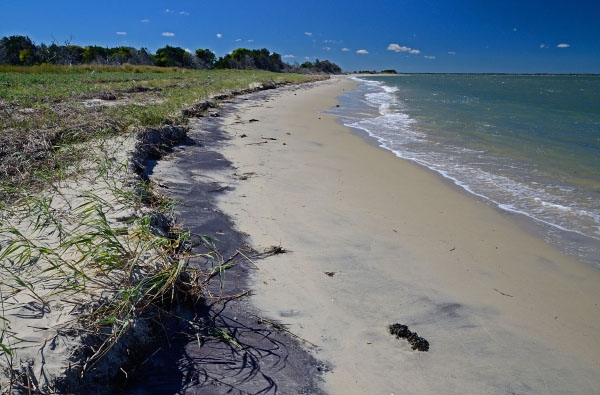 NOAA’s Office of Response and Restoration was not only involved with designing the exercise scenario, but also with providing both technical and scientific support. Scientific Support Coordinator Frank Csulak assisted with designing and planning the exercise. During which, he served as a technical expert recommending clean-up response options, determining clean-up end points, and coordinating endangered and threatened species consultations with National Marine Fisheries Service and U.S. Fish and Wildlife Service.

“The drill was absolutely a success,” Csulak said. “This was the first exercise I’ve been involved with where participants devoted so much time and effort to educating local stakeholders, identifying local resources at risk, and attempting to address unique local issues, such as constraints associated with remoteness, lack of infrastructure, and difficulty in accessing adjacent shorelines.”

Jeff Lankford, a hazardous material modeling specialist, prepared oil spill trajectory and weathering models to forecast where the oil would move to and how its characteristics would change as the oil weathered. Geographic Information System (GIS) specialists Robb Wright and Adam Rotert, provided support using NOAA’s Environmental Response Management Application (ERMA®) prior to and during the exercise, with information such as mapping booming strategies, shoreline assessment activities, and staging locations. ERMA serves as the U.S. Coast Guard’s common operational picture.

Simeon Hahn, a Natural Resource Damage Assessment specialist, organized the federal and state natural resource trustee representatives to determine causality between the oil spill and resource injury and lost use. NOAA contractors also prepared a resources at risk description, not only to identify sensitive shoreline areas, but also identifying what resources such as waterfowl, shellfish, marine mammals, were present in the area during this time of the year and what activities they were up to, such as nesting, feeding, or migrating.

Among the local participants was Virginia’s Institute of Marine Sciences (VIMS). In an incident such as this, VIMS would provide scientific and navigational support as requested by the Unified Command.

“One of the things we identified early on,” said Emily Hein, a coastal geologist at VIMS, “is that the response to an Eastern Shore spill would have to rely very heavily on local knowledge to physically get responders where they need to go. You can’t rely on nautical charts, as conditions change way too quickly. Some of that knowledge rests with folks at The Nature Conservancy, scientists and staff who have spent hours and hours exploring those back-barrier channels and marshes.”

So, when NOAA responds to an oil spill, it takes a diverse team to pull in all the necessary resources and effectively support the U.S. Coast Guard’s mission.

“The exercise succeeded on many fronts,” said John Giese with Virginia’s Department of Environmental Quality. “Stakeholder outreach was conducted on a scale I’ve never seen before or during an exercise, and we learned many lessons that will contribute to the rewrite of both the Virginia Area Contingency Plan and its Eastern Shore Annex. [The drill] was a testament to the dedication of Virginia's response community to truly prepare for a major oil spill.”