Sitting at the mouth of the Hudson River where it empties into Upper New York Bay and the Atlantic Ocean, the New York-New Jersey Harbor is located at the center of commerce. The harbor is a multi-billion dollar port, an industrial complex, and a transportation hub — but the natural resources both in and around the harbor are often overlooked.

The New York-New Jersey Harbor supports over a hundred different species of fish and a wide variety of marine life. Among the harbor’s habitats are intertidal and subtidal zones, hardened and natural shorelines, mussel beds, beaches, woodlands, and saltmarsh.

The natural resources of this area provide fishing, boating, scenic enjoyment, economic vitality, and coastal resiliency to millions of people. But being at the center of the modern world has its challenges, with negative effects from urbanization and industrialization posing a threat to these natural resources. Elevated concentrations of contaminants in fish and shellfish have prompted fishing advisories in both New Jersey and New York with a specific advisory for New York City. Commercial fishing has also been restricted in some waterways.

Contamination negatively impacts the public’s access to and use of natural resources and their perception of their ecological, recreational, and commercial value. Restoration is critical for the full benefits of this large metropolitan area to be realized by both the people and the fish and wildlife who make it their home.

Raising Awareness about the Harbor Area

Hands-on learning opportunities raise awareness about the local marine and coastal environment and build support for the cleanup and restoration of the water bodies that comprise the New York-New Jersey Harbor. Outreach events provide a greater public understanding of local natural history, a heightened feeling of ownership of our natural resources, and an increased interest in NOAA’s habitat assessment, protection, and restoration programs.

For the fifth year in a row, the Hudson River Park will host the SUBMERGE Marine Science Festival, where NOAA scientists and other experts share knowledge of our oceans, coasts, and conservation. This free, all-ages event takes place this year at Hudson River Park Pier 84 (44th St.), in Manhattan on Saturday, Sept. 22. The day-long marine science extravaganza will provide opportunities to fish, kayak, and participate in interactive science-related activities such as touch tanks, viewing microscopes, experiments, theater performances, and sing-alongs.

Scientists with NOAA’s Office of Response and Restoration and other NOAA offices spend the day sharing their knowledge of the New York-New Jersey Harbor and raising awareness of NOAA’s work to protect and restore its extensive natural resources. 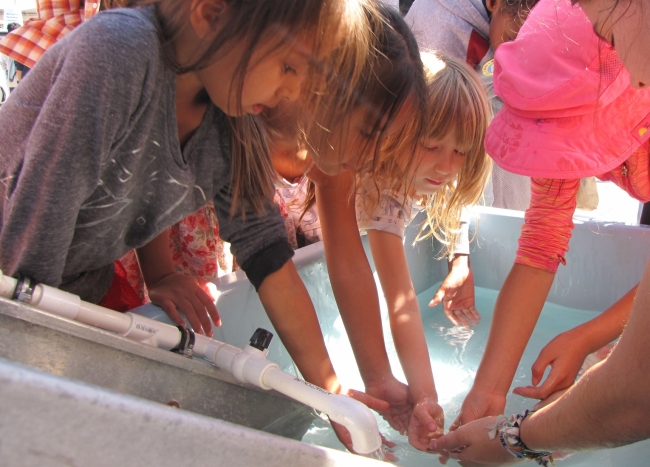 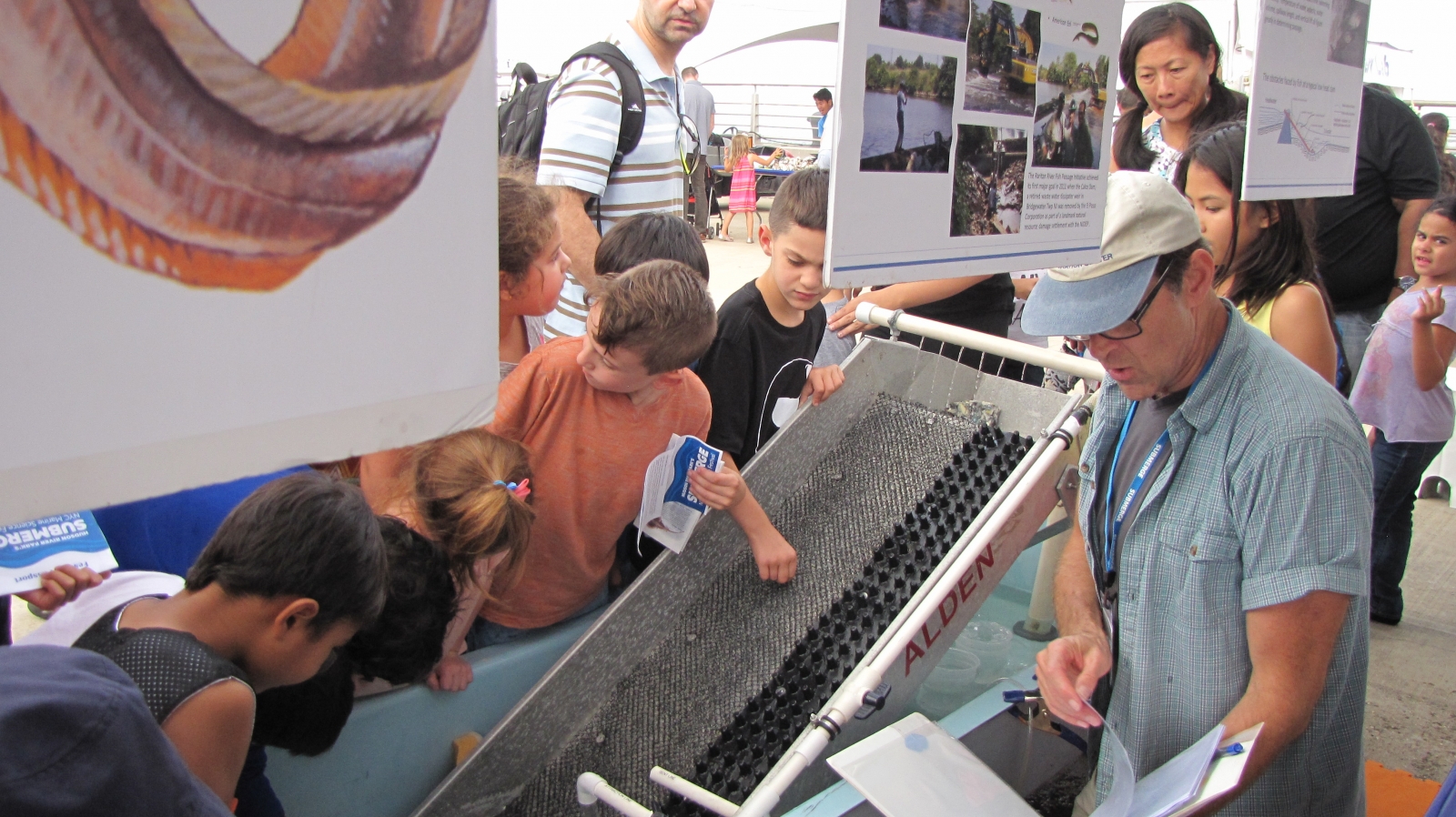 Last year, Carl Alderson, a restoration ecologist with the National Marine Fisheries Service’s Restoration Center, regaled participants with stories about native migrating fish. American eel are born in the Sargasso Sea and migrate into estuarine and freshwater habitats, such as the New York-New Jersey Harbor and its tributaries, and then return later in life to the Sargasso Sea to spawn. Using an “eel scrapbook,” Alderson described this migration cycle as though the eels themselves had made a scrapbook of their thousand-mile journey into adulthood.

“I think kids really latch on to the idea of a baby having to set out on an adventure to find its way home,” he said.

Alderson demonstrated the eel’s climbing skills using an eel ladder and live eel collected from Fall Kill, a tributary to the Hudson in Poughkeepsie, New York, about 80 miles north of New York City. Eel can more readily ascend the textured surface of the ladder than the hard smooth surface of man-made barriers, such as dams. Ladders and dam removal allow eel to access important upstream habitat where they may live for 30 years before migrating back to the sea to spawn.

Regional Resource Coordinator Lisa Rosman hosted a table with live blue crab and a horseshoe crab exoskeleton, providing a hands-on demonstration of how these two local species may have similar sounding names but are very different organisms.

“Originally planned as a view-only display in an aquaria, it soon became clear that the kids would only be satisfied if they could hold or pet a blue crab,” Rosman said. “This active engagement connected the public, and especially kids, with the natural world around them, one they weren’t necessarily aware of.”

Though the two species vary widely in their characteristics — in fact, horseshoe crab are not true crabs, but are more closely related to spiders and scorpions — they are both integral to the New York-New Jersey Harbor ecosystem, and they are both exposed to its pollutants.

A bottom dweller, blue crab live along the Atlantic coasts — from Nova Scotia to Argentina — and can be found in estuaries, bays, and offshore waters. OR&R scientists discussed the New York State Department of Health fish consumption advisories for some of the waters of the New York-New Jersey Harbor, including advice on how to prepare blue crab and how often they are safe to eat.

Horseshoe crab predate dinosaurs, having roamed the earth more than 450 million years ago, and are found along the Atlantic coast from Maine to Mexico and as far away as Southeast Asia. They are best viewed in the New York-New Jersey Harbor during May and June when they spawn on local beaches.

Ashok Deshpande, a chemist with the Northeast Fisheries Science Center, provided the public the opportunity to build and take home molecular models of different chemicals and showed how contaminants found in microplastics, a form of marine debris, are also found in fish. He presented on the levels of persistent organic contaminants in four popular marine sport fish and lobsters from the oceanic waters of New York and New Jersey coasts.

“The visitors learned how the contaminant loads changed with the fat content of the tissues. As an example, bluefish which were the fattiest of the fish analyzed contained the highest loads of PCBs, DDTs, and chlordanes,” Deshpande said. “As a corollary, summer flounder were the leanest fish analyzed and thus contained the least contaminant loads.”