Gray Whale Deaths on the Rise: How OR&R Provides Support During an Unusual Mortality Event 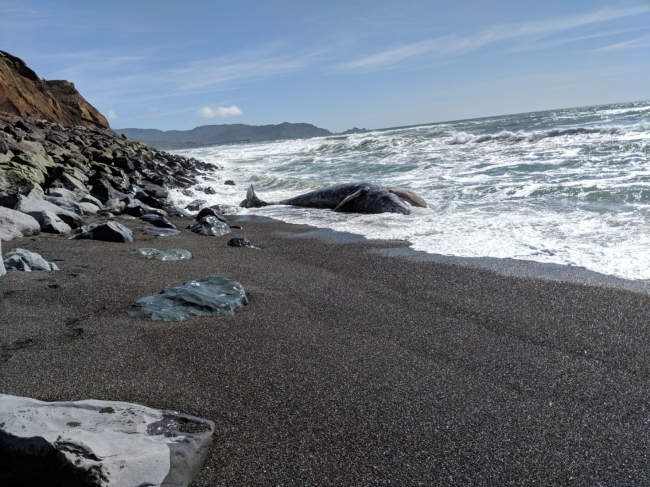 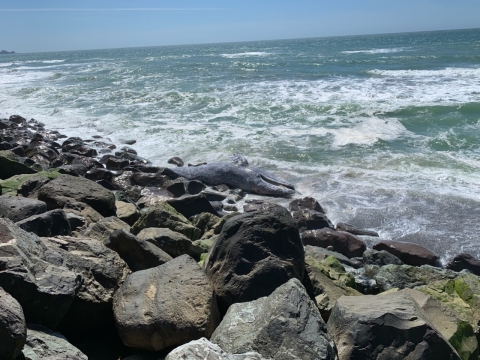 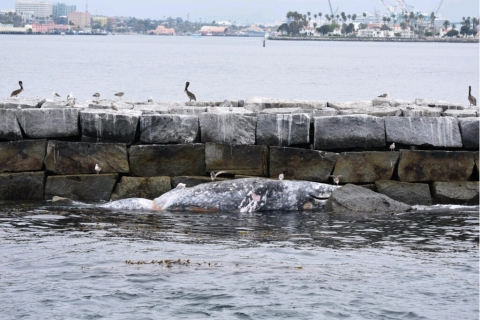 When the phone rings at OR&R’s Emergency Response Division, it’s usually for an oil spill — but not always. OR&R supports incident responses in a number of ways, one of which is to provide trajectories and model where the oil will go. But what about for something other than oil? What happens when one of the ocean’s largest inhabitants washes up on shore? OR&R’s modeling capabilities are again called upon to help decide what to do next.

Recently, NOAA has provided scientific support for multiple incidents of whale carcasses washing up along West Coast beaches. In January, the number of deceased gray whales along the coast between Mexico and Alaska was notably greater than the average — a trend that has continued throughout this year, bringing the death toll higher each month. This spike in mortality, along with observed similarities in the general physical condition of these whales, has led NOAA Fisheries to declare an Unusual Mortality Event (UME).

The last UME declared for gray whales on the West Coast was in 1999 and 2000 when 283 and 368 deceased whales, respectively, were observed. As of June 13, 2019, this year’s total number of deceased gray whales along the Pacific coastline of Mexico, the U.S., and Canada has reached 155 — a number that is expected to continue growing over the next few months.

Understanding the underlying causes contributing to this UME is a priority for NOAA researchers in the Office of Protected Resources. But here at the Office of Response and Restoration, the Emergency Response Division is concerned with a more immediate question: where in the ocean can you put a carcass so that it won’t return to shore?

OR&R’s oceanographers are often relied on for their skills and expertise to determine where spilled oil or chemicals will travel after being released into the dynamic marine environment where wind and currents act to transport contaminants. Knowing where these pollutants may go, and the environmental and cultural resources they may impact along the way, is an important step in the response effort. As seen in recent incidents this year, the art of trajectory forecasting is applicable to more than just oil spills.

“We don’t get called for every whale that washes up on the beach,” said oceanographer Amy MacFadyen. “We get called when our tools and expertise can aid in operational planning and decision making. This year we’ve increasingly been asked for guidance on where to tow carcasses to minimize the likelihood of them ending up back on the beach in a few days.”

As gray whales can grow to nearly 60,000 pounds, removing a carcass from a beach can be a very involved process — so better to get it right the first time. Over the years responders have tried a variety of strategies for dealing with a whale carcass before landing on towing as the best course of action. In 1970 when a whale carcass was beached on the Oregon coast, responders tested dynamite as a potential solution. Hoping that the explosion would completely disintegrate the body, the dynamite was placed in the whale. The plan did not go as expected, however, when chunks of whale blubber rained down on curious bystanders standing a quarter of a mile back. 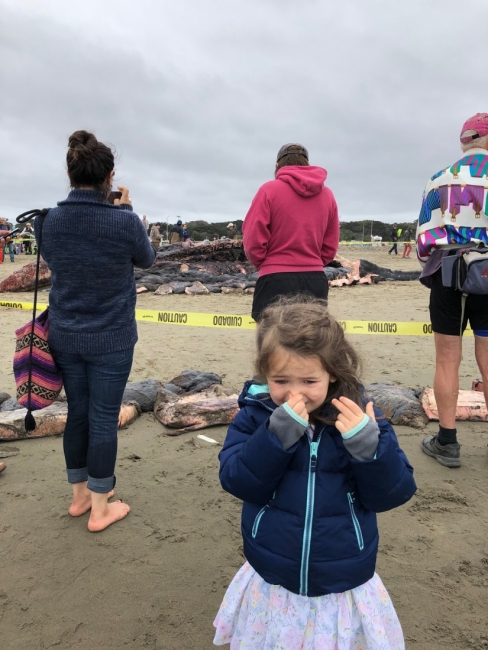 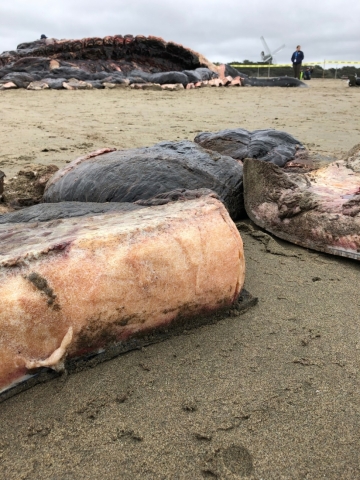 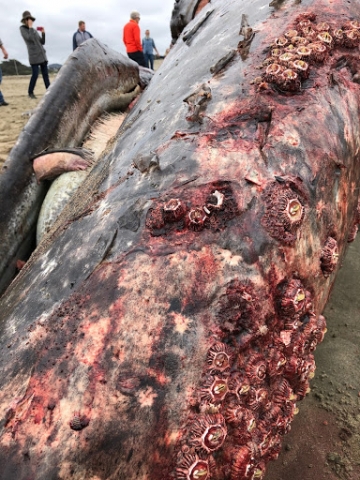 To prevent the carcasses from returning to shore, OR&R uses the General NOAA Operational Modeling Environment (GNOME). GNOME is typically used to analyze the potential for oil in the ocean to make its way to shore  — information used to determine resources at risk and the best response to remove or otherwise contain the oil  — this same tool can be used for whale carcasses adrift at sea. But instead of following the trajectory of oil that’s already in the water, oceanographers can run a multitude of trajectories to find the best location and distance from the shore to tow the whale.

While wind and ocean currents play a role in the trajectory for both oil and other objects adrift at sea, the state of decomposition can also play a role — as the amount of body exposed above the waterline determines the extent of the wind’s influence. The GNOME model output is used to produce a map illustrating the region where particles, or a whale, released into the model returned to shore within three days (see example).

The recent increase in requests for scientific support pertaining to whale carcasses is not unexpected during this time of year. Each year gray whales swim from their summer feeding grounds in the Arctic to their warm-water wintering lagoons on the Baja Peninsula to mate and give birth. Round trip this annual migration is over 12,000 kilometers. After a life of this long migration, a 65-year-old gray whale will have traveled the distance from Earth to the moon and back, twice!

Because gray whales don’t eat much after leaving the food-rich waters of the arctic, they are often running low on fat reserves by the time they return, nearly nine months later. Exhaustion and emaciation are common causes of death this time of year. Distance and malnutrition are not the only threats they face along our coast. Ship strikes and entanglement with fishing gear can also occur. Though the underlying cause for the sheer number of deaths that amount to this year's UME remains unknown.