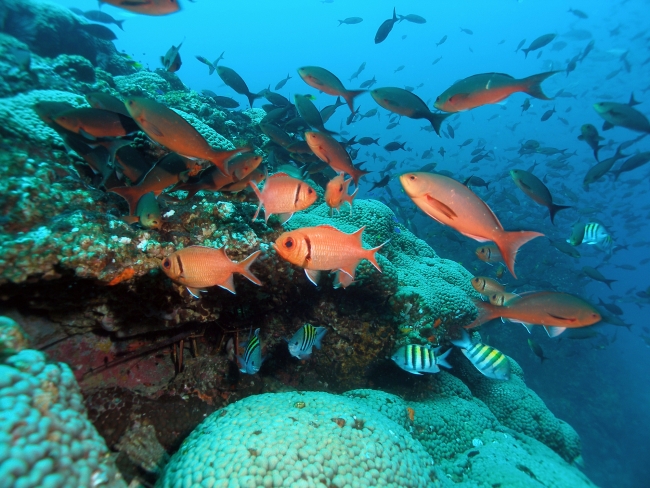 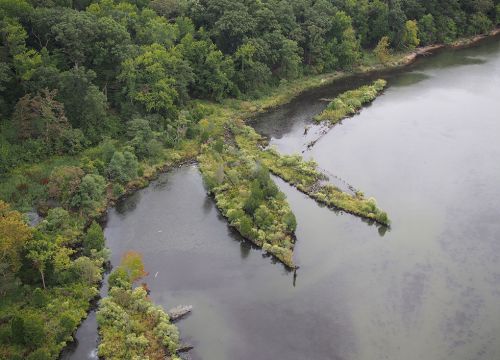 This weekend, NOAA’s National Marine Sanctuary System is kicking off the beginning of the national “Get into Your Sanctuary” Initiative. The sanctuary system protects America’s most iconic natural and cultural marine resources — many of which are open to public recreation. This initiative is a system-wide public outreach effort to raise awareness about our nation’s marine sanctuaries through site events and other activities.

In honor of this initiative, we’d like to share with you how NOAA’s Office of Response and Restoration helps to protect these sanctuaries from marine pollution. OR&R is frequently doing training and exercises to prepare for worst-case-scenario oil spills, so it’s only fitting that some of these exercises address the potential for marine pollution in a sanctuary. While we hope that an oil spill won’t occur in one of the 13 national marine sanctuaries, it’s important to know how to protect them all the same.

Each sanctuary is unique in the natural and historical resources it contains. The response techniques and the needs of each sanctuary are equally unique. Techniques that could save one sanctuary, might very well damage another. 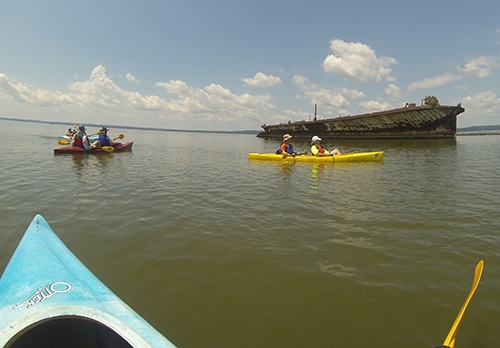 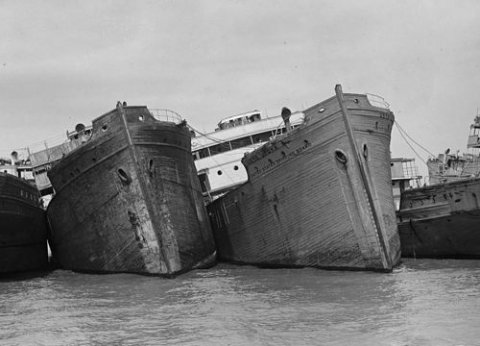 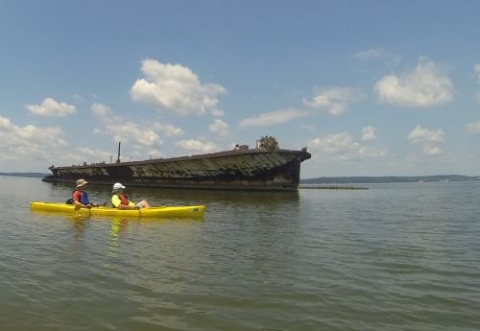 Mallows Bay: The latest addition to the NMS system

Until recently, no new sanctuaries had been proposed in two decades. In 2015, President Obama nominated Mallows Bay to be the first designated national marine sanctuary in 20 years.

Mallows Bay sits on the Maryland side of the Potomac River just east of Washington D.C. and west of Chesapeake Bay. With a diverse collection of nearly 200 known historic shipwrecks dating back to the Civil War, Mallows Bay is the site of the largest shipwreck fleet in the Western Hemisphere. Also contained within the bay is a collection of archaeological artifacts dating back 12,000 years. In 2014, Mallows Bay, including the derelict vessels, was placed on the National Register of Historic Places as the Mallows Bay-Widewater Historical and Archaeological District.

Frank Csulak, NOAA Scientific Support Coordinator with the Office of Response and Restoration based in New Jersey, wrote about his impressions of Mallows Bay during a kayaking tour in July 2016. The tour was an opportunity for NOAA and U.S. Coast Guard staff to see firsthand how sensitive the environment is, and the risk a potential oil spill could pose to the site.

When looking at the potential risks it’s important to consider a variety of factors, such as how and where pollution booms would be deployed, where within the sanctuary a staging area could be established, the response priorities, and how to protect the wildlife that are present.

The proposed sanctuary regulations focus on the protection of the shipwrecks and associated maritime heritage resources, however, the structures provided by shipwrecks and related infrastructure also serve as habitat for populations of recreational fisheries, bald eagles, and other marine species.

For more information and to stay up to date on the designation process for the Mallows Bay-Potomac River sanctuary, visit the National Marine Sanctuaries site.

The Galveston workshop focused on oil spill threats, response trade-offs (including the use of dispersants), and coordination of spills threatening the Flower Garden Banks National Marine Sanctuary and similar seamount habitats along the shelf boundary of the Gulf of Mexico.

This was the first in a series of three workshops with the University of New Hampshire’s Coastal Response Research Center to enhance regional preparedness for emergencies. The goal of each workshop is to better understand the human and natural resources at risk, the roles and responsibilities of the different agencies responding, and the science that drives decision making during a coastal emergency. In addition, participants discuss how the response actions taken will provide the greatest protection, least environmental impact, and faster recovery times, in other words, resilience.

While we hope an oil spill never does happen in the Flower Garden Banks sanctuary, it’s trainings like these that help to preserve our national marine sanctuaries.

Interested in finding out more about the Flower Garden Banks National Marine Sanctuary? This weekend, in celebration of the “Get into Your Sanctuary” Initiative, Lasker Park Pool in Galveston will be hosting a day filled with hands-on activities, virtual reality scenes, photos and videos that will provide an introduction to this remote location that few have the opportunity to visit. The event takes place Sunday, May 20, from 11 a.m. to 4 p.m. and includes games and activities that show how scientists study resources like the colorful corals and sponges protected in the sanctuary.

Not in the Galveston area? Visit the “Get Into Your Sanctuary Day” page to find a sanctuary event near you.