Assessing The Impacts of Pollution at the Hanford Nuclear Site 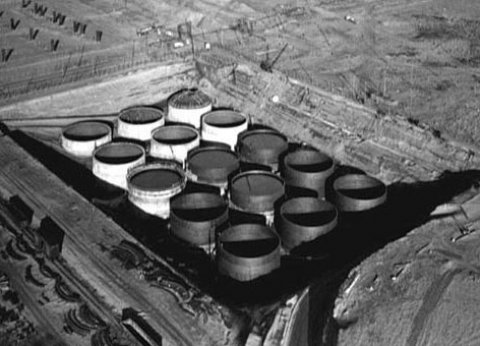 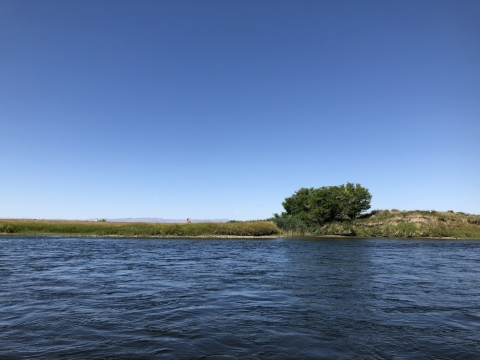 Flowing through southeastern Washington is an approximately 50 mile stretch of the Columbia River known as the Hanford Reach. This unique section of the river is an important habitat for fish and wildlife, including Chinook salmon. This area also served as the birthplace of the atomic bomb at the Hanford Nuclear Reservation.

Today, NOAA, other federal and state agencies, and three tribal nations are still evaluating the impact of this nuclear legacy on fish, wildlife, and their habitats. Beginning in 1943, the Hanford Reach, with its steady supply of cold water and relative isolation, attracted the attention of the U.S. government during World War II. They needed a place to erect nuclear reactors for the top-secret Manhattan Project, as the U.S. raced to build the first atomic bomb.

The first nuclear reactor built at Hanford — and the first full-scale nuclear production plant in the world — was the B Reactor, which began operating in 1944. This and the other eight reactors eventually constructed at Hanford were located right on the Columbia River, an essential source of water to carry away the extreme heat generated by nuclear fission reactions.

In these plants, workers turned uranium into weapons-grade plutonium. A tenth reactor at Columbia Generating Station is privately owned and is the only commercial nuclear energy facility operating in the region.

Some of this plutonium ended up in the atomic bomb dropped on Nagasaki, Japan, in 1945, as well as in nuclear arms stockpiled during the U.S.-Soviet Cold War. Hanford's last reactors were shut down in 1987, 42 years after the Manhattan Project began.

While the nuclear reactors were operating, water was pumped from the Columbia River and aerated at a rate of 70,000 gallons a minute. This was meant to improve its quality as it flowed through a maze of processing equipment — pipes, tubes, and valves — and into the core, the heart of the nuclear reactor. There, in the case of B Reactor, about 27,000 gallons of water gushed through 2,004 process tubes every minute. Each tube held 32 rods of uranium fuel.

Once in the holding ponds, which sometimes leaked, the reactor water would sit until its temperature cooled and any short-lived radioactive elements had decayed. Finally, the water would return to the Columbia River and continue its path to the Pacific Ocean.

Water played such an essential role in the nuclear reactor that engineers had four levels of backup systems to keep water constantly pumping through the core. In addition to being aerated, the water was also filtered and chemically treated. To prevent the core's plumbing equipment from corroding, chemicals were added to the water, some of which were harmful to human health and the environment.

Over time some of this treated water and other chemicals and hazardous substances, including radioactive materials, were accidentally released into soils and the aquifer below. The environmental impacts of these hazardous substances are currently being evaluated by NOAA and our partners through a natural resource damage assessment (NRDA).

With a pollution case this complicated, there are no quick or easy solutions. The site is home to unique arid shrub-steppe habitat, the ecologically important Colombia River, and many species of fish and wildlife. This area and its natural resources are also part of the heritage, culture, and sovereignty of multiple tribal nations.

While there is a lot to do, we are making progress. This June the Hanford Natural Resource Trustee Council approved a framework to plan for the restoration of terrestrial habitat along the Columbia River. This accomplishment is an important step in the process to compensate the public for losses and restore natural resources injured by pollution. This fall development of a similar framework will begin for restoration of aquatic habitats.

The Hanford Nuclear site was a place where Americans pushed science farther than it ever had been before. In doing so, we created unprecedented environmental challenges. While assessment and restoration will take a long time, NOAA and the trustee council are hard at work. We continue to adapt and innovate, using sound science to work on behalf of the American public.