The Initial Call: Looking Back 10 Years to the Day of the Cosco Busan Oil Spill

As Nov. 7 drew closer, I found myself perusing my field notes from the Cosco Busan oil spill and instantly reliving memories as if fresh from a week ago …

I was out of town at an interagency oil spill meeting (Regional Response Team 9) with many colleagues from the U.S. Coast Guard and California’s Office of Oil Spill Prevention and Response (OSPR). According to my notes, it was 9:53 a.m. on Nov. 7, 2007 when I got the first call from the Coast Guard Sector Command Center on Yerba Buena Island. I stepped into the hallway to take the call and everything changed …

I’d worked enough spills to know not to rely on early spill-volume estimates. The 10 barrels (420 gallons) I had written down in my notes later turned out to be much more. In total, 53,500 gallons of black fuel oil spilled from the 900 foot-long container ship in less than 10 seconds.

Regardless of the reported volume, it was clear that a spill had occurred. It was going to be challenging to see how big the problem might be in low visibility conditions, and it would consume my time for the foreseeable future. I returned to the meeting only long enough to pass a note to a Coast Guard colleague of mine who then joined me in the hallway for numerous follow-up calls with our respective offices before we both headed to the airport for a quick flight home.

Once back in the Bay Area, I joined up with other spill responders at the local Coast Guard Unit and heard that Piers 1, 2 and 3 along the San Francisco waterfront (near the foot of the Bay Bridge) were heavily oiled, Piers 33 and 39 (close to the iconic Fisherman’s Wharf) were “sheening” and showed oil on the seawalls, Alcatraz and Angel Islands were already oiled, and some oil had already gotten beyond the Golden Gate Bridge out to Kirby and Bonita Coves.

Normally we would have been able to conduct overflights of the area to see the extent of the problem pretty quickly, but low visibility continued to hamper any effective aircraft operations until the following day and we were forced to rely on scattered reports from the shorelines and from vessels. Meanwhile, some oiled birds had already been recovered and two oiled wildlife search teams were out looking for more.

I spoke with my key spill contacts at the National Park Service and the Gulf of the Farallones National Marine Sanctuary (now the Greater Farallones NMS) and recommended they send representatives to the Incident Command Post (ICP) at Fort Mason Center early the following morning. I also activated a NOAA Scientific Support Team from our offices back in Seattle to join me the next day to help with overflights, trajectory support, shoreline assessments and identifying sensitive resources at risk.

By the end of the first day, I was running on adrenaline, my brain was a whir with an ever-increasing to do list, and I could hardly get to sleep. Early the next morning at Fort Mason Center, the ICP was buzzing with the somewhat orderly frenzy that’s common early in emergency responses. We quickly realized that cellphone coverage at the Fort Mason ICP was challenging at times. We were also outgrowing the small facility and local parking lots. Within a few days we moved to a much larger ICP (an old officer’s club on Treasure Island) that leaked when it rained.

The following weeks were something of a blur of typical response activity (long days, overflights, trajectory estimates, shoreline assessments, cleanup endpoint discussions, etc.) peppered with what seemed like innumerable press conferences, VIP briefings, hearings and then finally interviews for the Coast Guard’s Incident Specific Preparedness Review (ISPR – those are rare!). As it turned out, the spill quickly caught national headlines and seemed to have a reverberating effect in the oil spill response community for years to come. 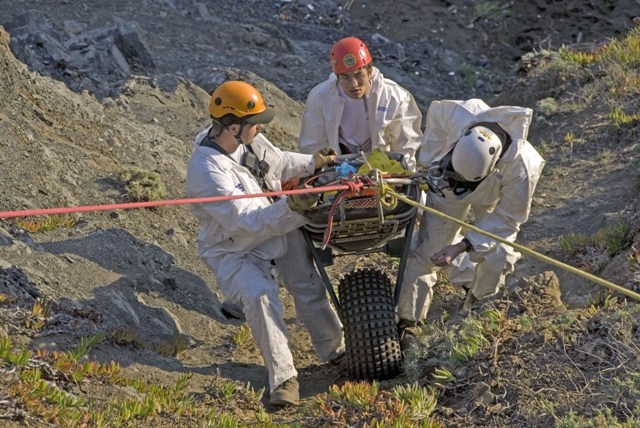 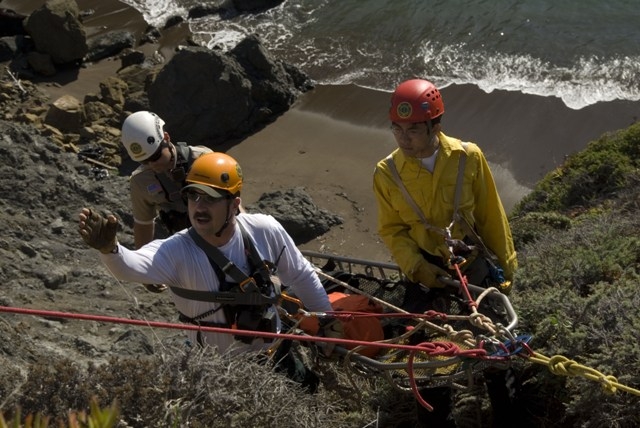 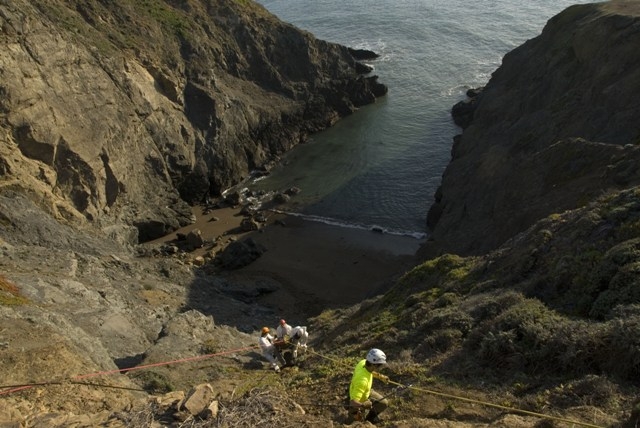 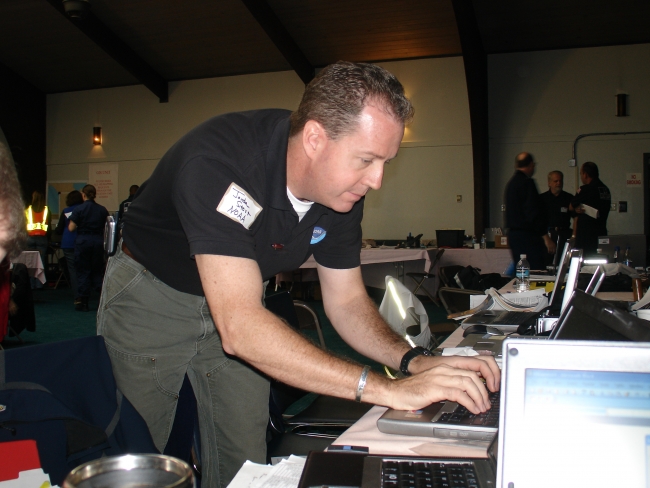 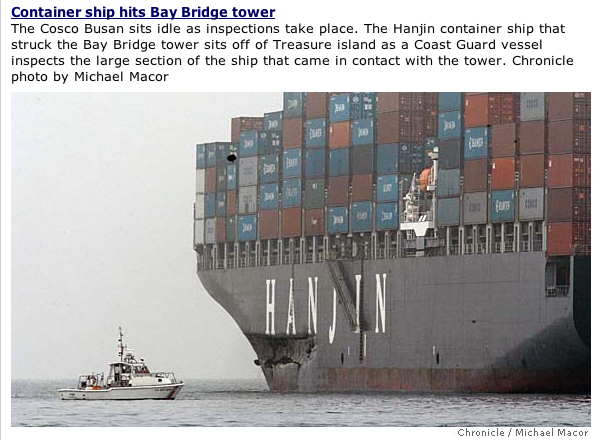 A Flood of Memories

Looking through my notes, several other memory snippets came flooding back … such as the numerous false reports of oil from the public and a flurry of spill-related legislation that moved through the state in the months that followed.

The spill quickly gained national, and even international, attention — as I recall my Coast Guard friend who was on vacation abroad telling me the spill had made the front page of “Le Monde” in Paris.

The response efforts took on unique tactics, such as the “Jet ski SCAT,” when surf rescue teams on jet skis were trained to investigate and document the degree of oiling along otherwise inaccessible shorelines along the outer coast.

The removal of oil debris took even greater efforts, with teams sometimes having to descend to hard-to-reach places on the shoreline. One such activity, nicknamed “Operation Spider Man,” involved a mountain rescue team with the National Park Service descending to a pocket beach along the Marin Headlands to remove oil debris.

It was a stressful response but it ended up being tactically successful. Our participation from local and port partners in planning for future spills has greatly improved through the Area Contingency Planning process. We’ve also enhanced the way we interact with local governments and the media, and how we manage unaffiliated volunteers. Though this spill caused a great deal of damage, it taught us valuable lessons and we are better prepared for future spills.

Jordan Stout is the senior scientific support coordinator for NOAA’S Emergency Response Division. He is based out of Alameda, California.

To learn more about the Cosco Busan oil spill, you can also visit the resources below: