This is the fifth in a 12-part monthly series profiling scientists and technicians who provide exemplary contributions to the mission of NOAA’s Office of Response and Restoration (OR&R). This month’s profile is on Disaster Response Center (DRC) Exercise and Communication Coordinator Katie Krushinski.

At NOAA’s Office of Response and Restoration, it’s important to us that our emergency responders are prepared to handle anything that gets thrown their way. But it’s more than just having read what to do in a crisis situation — it’s also about practice. And how better to practice than to have simulated real-life disaster exercises?

In OR&R, designs for these exercises come from the Gulf of Mexico Disaster Response Center (DRC), the heart of OR&R's newly-formed Disaster Preparedness Program. The DRC, located in Mobile, Alabama, serves as a physical resource and coordination hub for building preparedness and readiness for natural and human-caused disasters in the Gulf of Mexico and nationally.

The DRC is also home to Katie Krushinski, exercise and communication coordinator for the DRC, and the mind behind the exercises that keep OR&R’s responders prepared.

“Katie is the staff person that is most seen as the heart and soul of day-to-day DRC operations,” DRC Director Charlie Henry said. “At heart, Katie is an emergency responder.”

Katie was born in Maryland and grew up in North Carolina. With a love for animals, she always assumed she would become a veterinarian. But during her freshman year of college —amidst a full course-load of biology, chemistry, and algebra — she realized it wasn’t quite what she was looking for.

She then discovered the professional writing program at Missouri State University and in 2011 graduated with her bachelor’s degree. As part of the degree program, she was also required to do an internship. She found one with the local emergency management program, and took her first step into that world.

Katie put her emergency management skills to practice for the first time during the catastrophic EF-5 tornado that hit Joplin, Missouri in 2011, killing more than 150 people and causing more than $2 billion in damage.

“Missouri was pretty much all hands on deck and I had been spending all this time reading about how to manage emergencies. All of a sudden I was able to go from what I had been writing about to real life,” Katie said.

When Katie moved to Alabama, she found a job listing for a Risk Communications Coordinator and began her career with NOAA in 2013.

“Katie is very dedicated and thoughtful,” said Jessica White, Deputy Director at the DRC. “She has sought out new challenges at work to further her professional development and has also completed a degree in emergency management. This has greatly increased her value to the program, and resulted in a growing portfolio of work from when she started with us. She is working to develop and implement preparedness exercises for NOAA employees across the U.S.”

In March 2014, Katie became a certified emergency manager with the International Association of Emergency Managers (IAEM). And in 2016, she graduated with a master’s in emergency management from Jacksonville State University. Katie’s role has since evolved, and she now serves as the exercise and communication coordinator for the DRC.

“A lot of what I’m doing is developing scenarios that mimic disasters and running our responders through a simulated disaster.” Katie said.

One such simulation was a tabletop exercise based off the the large-scale exercise called Cascadia Rising in 2016. The simulated scenario included a 9.0 magnitude earthquake that shook the entire Cascadia Subduction Zone and a tsunami that followed.

Katie also took part in a similar exercise in Silver Spring, Maryland called “The Little Splash,” which was designed to mimic a small tsunami hitting D.C. but keep the impact small enough that loss of life would not be the priority.

More recently, Katie had the opportunity to get out in the field during last season’s hurricane response.

WHEN SCIENTIFIC SUPPORT Coordinator Paige Doelling saw a need for someone familiar with the Gulf Mexico to be trained and ready to deploy in the Joint Information Center (JIC), Katie rose to the challenge.

“Katie was a perfect fit, and she willingly jumped in, took several training courses with Coast Guard, played the role in several large scale drills, and eventually deployed to support the Hurricane Irma response in that capacity,” Doelling said.

Katie responded as part of the NOAA team in support of Hurricane Irma in Miami in October.

“Though I would prefer to be out in the field, building exercises is probably the next best thing,” Katie said.

In addition to coordination of the DRC’s resources for drills, exercises, meetings, and workshops, Katie was part of the team that developed the online NOAA Response Asset Directory (NRAD) for the Gulf of Mexico and is the team lead for expanding this interactive emergency response and planning tool to include Alaska and the Southeast and Caribbean (and eventually, nationwide).

“Katie is a ‘get it done’ girl,” Doelling said. “She dives into a task, whether it be organizing a Science of Oil Spills class, planning a NOAA-wide drill, or developing and applying her skills as a public information officer for incident response. She’s organized and thorough and if she doesn’t know an answer to a particular question, she’ll go find it.”

Katie is part of the NOAA Homeland Security Prog 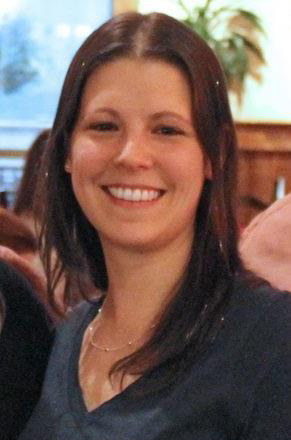 ram Office Exercise Design Team and is currently assisting in the development of the 2018 National Level Exercise, led by FEMA. The exercise, which will take place in May, will be based on a major hurricane making landfall in the Greater Washington D.C. area to assess and build NOAA and NOS readiness for the 2018 hurricane season.

Part of Katie’s job is to make sure these exercises feel real, and accurately represent a real-world crisis.

“We try to do everything we can to make it as legitimate as possible, so they do feel that stress and that urgency that we have something major going on,” Katie said.

Katie also likes to keep her skills up-to-date, she said, adding, “I know there’s always more training and learning that I want to do and experiences I want to get as far as designing exercises is concerned.”

“In the four years she has been part of the NOAA team, few, if any, have worked as hard to mold her professional credentials and skills to be in direct alignment and benefit with NOAA’s Emergency Response needs (mostly on her own time),” Charlie Henry said. “Katie truly believes in the concept of preparedness, because our readiness as NOAA cans and does save lives.”

Thank you for your very important contribution. You are a valuable young lady with a bright future and will be greatly needed in the future.