This feature is part of a monthly series profiling scientists and technicians who provide exemplary contributions to the mission of NOAA’s Office of Response and Restoration (OR&R). This month’s featured scientist is Lt. Matthew Bissell, regional response officer for the Pacific Northwest, in OR&R’s Emergency Response Division. 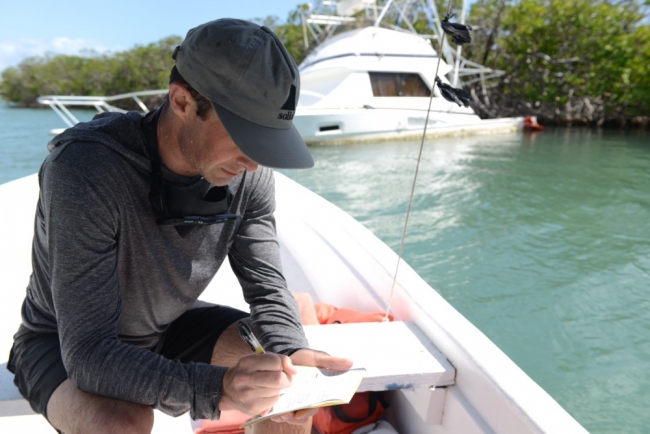 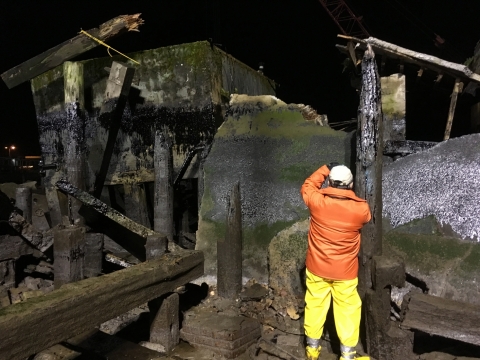 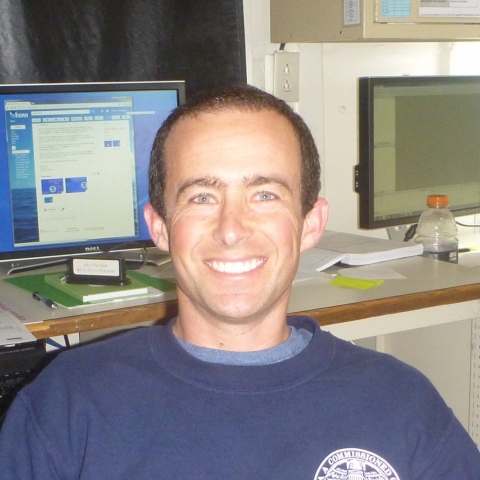 When the U.S. Coast Guard calls NOAA, requesting scientific support in an environmental emergency — perhaps a grounded vessel is leaking oil, a container ship lost part of its cargo, or a log boom has become detached from its tow — who answers that call? NOAA’s team of response coordinators, such as Regional Response Officer Matt Bissell, are at the forefront of that response. Located in Seattle and responsible for incidents in the Pacific Northwest, Matt is part of a team that provides leadership and technical expertise on oil and hazardous materials spills, and other emergency responses in coastal waters.

Matt’s education and interests are well suited to the work of OR&R’s Emergency Response Division. He holds a master’s degree in geographic information science and technology from the University of Southern California and a bachelor’s in Earth system science from San Francisco State University. While studying in the Bay Area, he earned a Master Scuba Diver certification with the American Association of Underwater Scientists at Moss Landing Marine Labs.

In February 1990, a disaster close to home deepened Matt’s connection to the ocean. The oil tanker American Trader ran over its anchor at low tide, puncturing its hull and spilling an estimated 400,000 gallons of crude oil into the Pacific Ocean offshore of Huntington Beach, California. OR&R was part of the extensive response effort for this spill, which heavily impacted biological and recreational resources in the area. The spill closed down Matt’s local surf beach and dominated the newspapers for months. As a first-grader deeply affected by the spill and its impacts, Matt wrote a short story he titled “The Oil Spill.” It was an early start to his spill response career.

Since childhood Matt has loved the ocean, and learned to surf and sail at a young age. As a kid, he would ride his bike to the beach not knowing if the surf would be giant, or non-existent; or whether tomorrow’s wind would be from the east (great for surfing) or the west (poor for surfing, but great for sailing). Everyday was a surprise. That was, until his father bought him a Realistic Weatheradio that broadcasted NOAA marine forecasts 24 hours a day. With that small radio cube, Matt could get detailed surf and weather forecasts – his first experience with NOAA data – and know what days were best for surfing.

A few years later, Matt's family purchased their first computer and he gained access to NOAA’s National Data Buoy Center — another great tool for the amateur surf forecaster. Matt would continue to use NOAA data throughout his life; his master’s thesis used NOAA satellite data, as well as NOAA marine mammal observation data, to create habitat suitability models for blue whales in the Southern California Bight.

As a young adult, Matt first learned about NOAA’s federal uniformed service, known as the NOAA Corps, when he was sailing on the tall ship Spirit of Dana Point. While giving public tours of the ship, he met a NOAA Corps officer who described the service as “a great mix of science and adventure.” The NOAA cadre of professionals — trained in engineering, earth sciences, oceanography, and related disciplines — operate NOAA ships, fly NOAA aircraft, manage research projects, conduct dive operations, and serve in staff positions throughout NOAA. Immediately, Matt knew that the Corps was the perfect fit for him, and he completed his application within the week.

“The relationships and camaraderie developed through side-by-side training with Coast Guard recruits were hugely important to my role as an OR&R regional response officer,” he said.

In his role as a regional response officer, during spill events or other emergency responses, Matt delivers to Coast Guard spill responders scientific advice and products, such as weather forecasts, spill trajectories, and resources at risk reports generated by OR&R’s team of scientists.

Matt’s NOAA Corps career has brought him all over the world. During his two-year deployment on the NOAA Ship Rainier, he worked to update NOAA nautical charts in coastal and Arctic Alaska, where he earned the qualification of hydrographer-in-charge. In this work, Matt noted that some of the older charts for the Alaska region were last updated nearly one hundred years ago and many of the soundings/data points at that time were collected manually using a lead weight attached to a long line cast over the side of a boat. After re-surveying these areas with modern multibeam sonars, Matt was blown away by the precision and accuracy of the labor-intensive work carried out by his NOAA Corps predecessors.

Outside of work, Matt still enjoys surfing and sailing and will soon be teaching his two young daughters the joy of those pastimes and, of course, sharing with them how to use NOAA data! 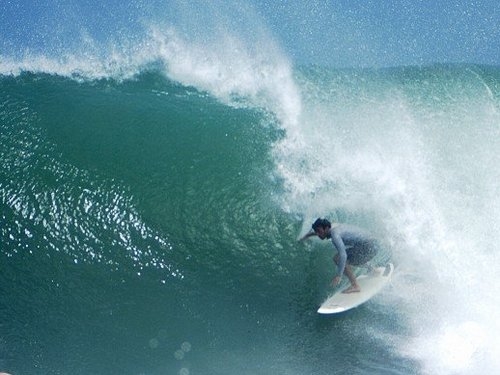 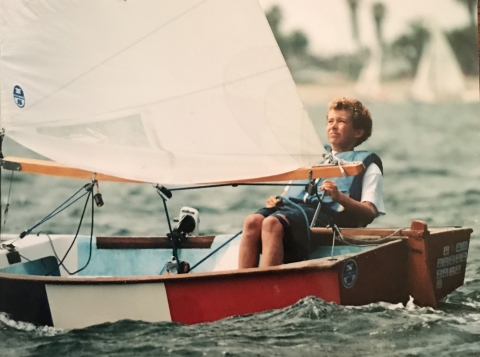 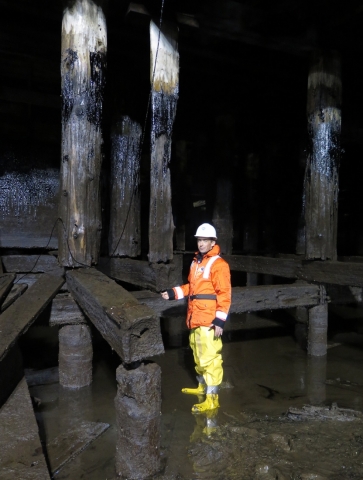