This feature is part of a monthly series profiling scientists and technicians who provide exemplary contributions to the mission of NOAA’s Office of Response and Restoration (OR&R). This month’s featured scientist is Rebecca Hoff, a regional resource coordinator with OR&R’s Assessment and Restoration Division.

Sitting on her front porch in a rural fishing village in Sierra Leone in the 1980s, Rebecca Hoff remembers reading a newspaper while two neighbor boys sat nearby chatting in Krio, or Sierra Leonean Creole. As they spoke, she realized they were telling the story of Br'er Rabbit, a story she recognized.

“I heard the story in California told by this grandmother who grew up knowing it in the South, probably passed down by slaves, and here I am in West Africa with this spine-tingling moment of realizing how small the world is and how connected we all are,” Rebecca said. This ability to connect with people, building relationships in diverse and challenging situations, is a recurring theme in Rebecca’s career.

Although she was raised in the San Francisco Bay area, Rebecca’s first two years of life were spent in India where her parents volunteered on a sanitation project. She also spent a year in Norway as an exchange student. Other adventures happened closer to home, hiking, and backpacking around California. Rebecca’s interest in nature continued to grow through her undergraduate studies at the University of California Santa Cruz where she double-majored in biology and environmental studies.

After graduation, Rebecca moved to Washington D.C., but struggled to find a job in her field. To get experience, she applied to be a Peace Corps volunteer and accepted a fisheries management position in Sierra Leone. For two years Rebecca lived in an unelectrified fishing village, taking an overloaded canoe “taxi” to get to and from the nearest city. She worked with the community on projects like building fuel efficient fish-smoking ovens, which require less wood and reduce smoke inhalation.

This work taught Rebecca skills that would be invaluable in her career at NOAA.

“I learned the power of forming relationships and connecting with people,” Rebecca said. “You can have all the expertise in the world … but you’re not going to get anything done unless they trust you, and think you have something to offer.”

Rebecca applied to graduate school from Sierra Leone and was accepted to the University of Washington’s fisheries program. A summer gig with NOAA in Tiburon, California connected her with staff at the NOAA Western Regional Center in Seattle. She started working at the Seattle campus part time as a graduate student, where she still works 30 years later.

Fisheries was a different field in the 1980s. Rebecca remembers one of her first projects plotting fish distribution on a map, then walking all the way across campus to print. If there was a problem you had to walk back and do it all over again. There also weren’t many women in her graduate classes, which focused heavily on statistics, but she built strong relationships with her advisors and female classmates. 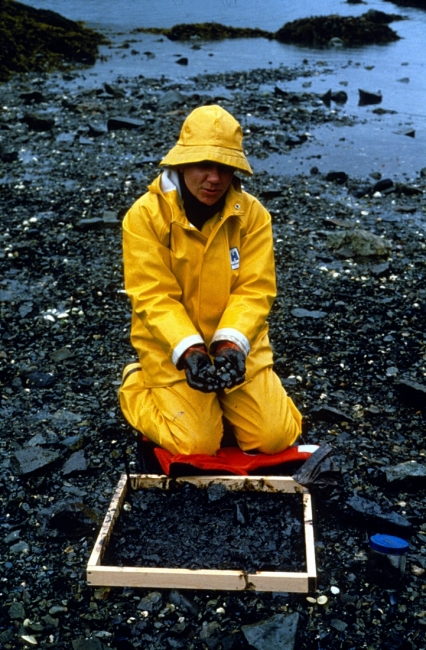 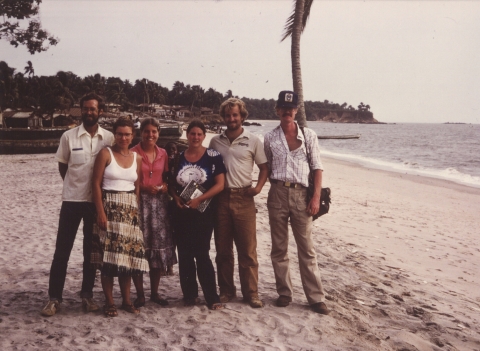 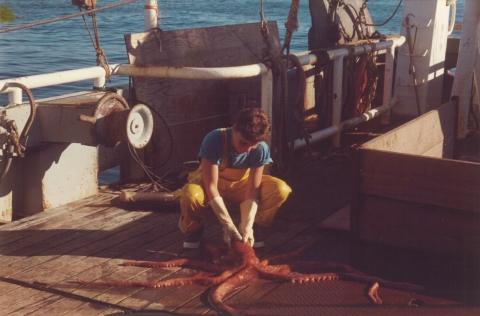 Rebecca started at NOAA’s Hazardous Materials Response Division (HAZMAT) — the precursor of NOAA’s Office of Response and Restoration — about a year after Exxon Valdez, but there was still plenty of work to do. She was part of a team conducting shoreline surveys and assessing the recovery of natural resources. They found that inter-tidal areas that had been pressure-washed with hot water were taking longer to recover than areas that hadn’t been cleaned.

“It started the idea of looking at cleanup in terms of balancing when oil removal does more harm than good,” Rebecca said.

As her career progressed Rebecca continued to examine how oil spills and cleanup methods impact sensitive environments, such as mangroves and corals. She even published outreach materials on the topics, realizing that everyone needs to understand these complex topics for oil spill response to be effective. Rebecca’s work took her on flights over Alaskan estuaries, to public meetings after Deepwater Horizon, and to plenty of spill response posts. But Seattle always remained her home.

Eventually, Rebecca transitioned into the Assessment and Restoration Division working as a regional resource coordinator. She is the case lead for the Lower Duwamish River, an important industrial waterway in the Seattle community. A key passage for migratory fish, the historic pollution of the river has resulted in injuries to fish, birds, wildlife, and their habitats.

As part of a trustee council with other agencies and Native American tribes, she works to bring many people together with a common goal. Working together with Boeing, the council successfully restored nearly five acres of fish and wildlife habitat along the Lower Duwamish River. While the journey of developing this project wasn’t easy, bringing people together to implement positive change makes it all worthwhile.

“It’s been a beautiful ride,” says Rebecca, reflecting on the project.

Looking back on almost 30 years working with NOAA, Rebecca is happy to have seen employees rally together to develop a more diverse workforce. She credits her wonderful co-workers for supporting her throughout her career, including her transition into phased-retirement

Rebecca is currently enjoying some newfound free time crafting, sewing, and hiking on weekdays — a luxury when trails aren’t crowded. In retirement, she looks forward to traveling and spending more time with her husband, daughter, and dog Sasha. While she doesn’t have any set plans, it’s safe to say she’ll continue to build connections throughout all her future adventures. 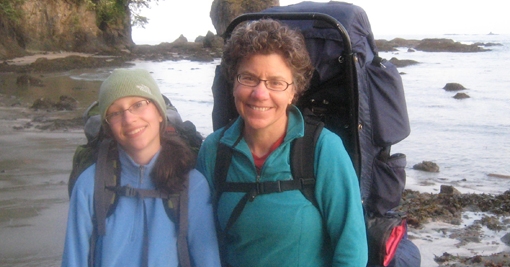 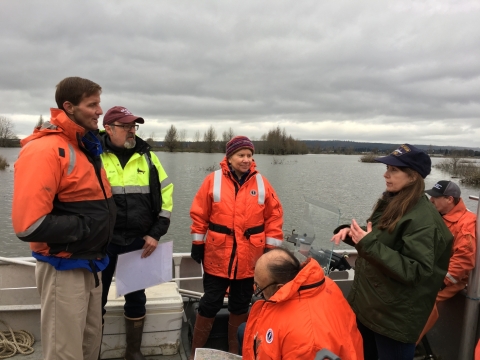 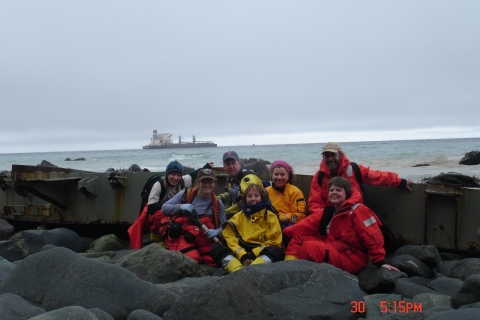