This feature is part of a series profiling scientists and technicians who provide exemplary contributions to the mission of NOAA’s Office of Response and Restoration. This month we’re excited to feature the scientific support coordinator for California, Jordan Stout. We think you’ll enjoy meeting him!

Jordan Stout has always followed the jobs that spoke to his passions, personality, and skills, and as a result, has found himself working in many locations around the country.

The youngest of three kids, he grew up in Concord, Massachusetts, enjoying an assortment of outdoor activities—camping, skiing, sailing, and canoeing. Like many kids, he loved dinosaurs, sharks, and whales, and by third grade, he’d decided he wanted to be a marine biologist.

During swim lessons in Walden Pond (made famous by Henry David Thoreau), Jordan would frustrate the instructor by frequently swimming underwater, rather than at the surface. He continued his underwater exploring by getting SCUBA certified in high school. Two highlights in his early years were meeting famed ocean explorer Jacques Cousteau and deep-sea explorer Bob Ballard, who had just returned from the Galapagos Islands where he had been among the first witnesses to deep sea hydrothermal vents.

Entering the University of Miami in Florida, Jordan double-majored in marine science and biology, and worked on tour and charter boats in Boston Harbor during the summer breaks. He attained his 100 Ton Inland Master's License while only a senior and worked two dive shops in Miami before landing his first career-oriented job with Miami-Dade County’s Department of Environmental Resources Management. He couldn't believe his luck when he got a job there working the coastal permitting program, where the job often entailed snorkeling and diving.

While in the Southeast, Jordan worked to protect mangroves, seagrass, corals, and manatees. He rode out Hurricane Andrew in his downstairs bathroom, which was the longest and most terrifying experience he's endured.

“Nature can be humbling—but so can the supportive, community response that so often follows tragedy," he said.

Then, it was off to Alaska, where he found employment as an environmental contaminants specialist with the U.S. Fish and Wildlife Service’s Anchorage Field Office. He responded to his first spill, the M/V Kuroshima, in 1997 and then later, the M/V Selendang Ayu spill in 2004. 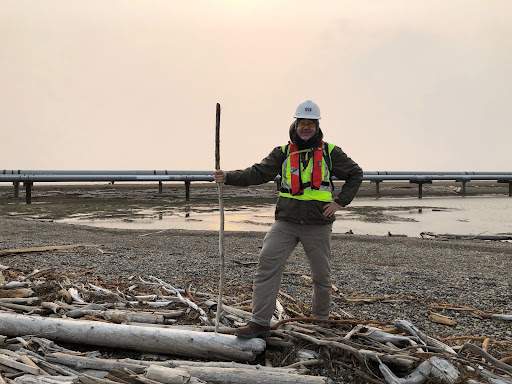 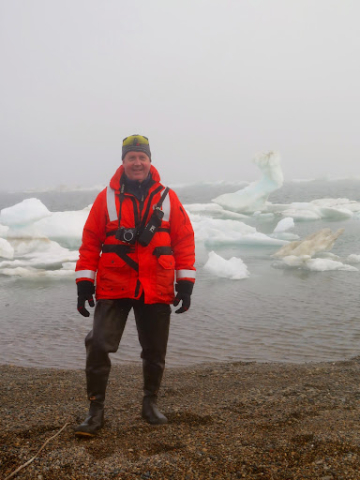 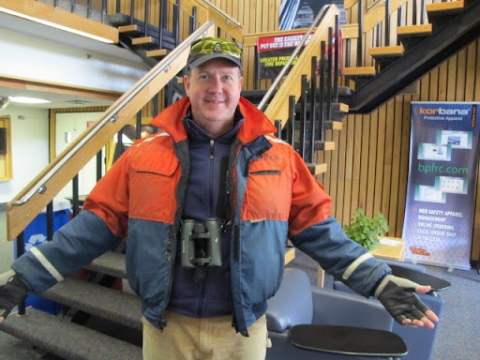 Among the studies and issues he supported with Fish and Wildlife Service were: post-Exxon Valdez wildlife studies (Harlequin ducks), contaminant burdens in bald eagles and a variety of eider (sea duck) species; a number of national wildlife refuges with contaminated site issues, including abandoned mines; and several WWII-era military sites scattered throughout the Aleutian Islands (e.g., Adak, Amchitka, Attu).

He saw some amazing parts of Alaska, many of which he would not otherwise have been able to visit.

“I loved the wildness of Alaska and the sense of self reliance that it garners," he recalled. "A part of my soul will always remain there.”

The next stop in this journey was California—the land of influential naturalist John Muir—where Jordan was hired as a NOAA scientific support coordinator in OR&R’s Emergency Response Division in 2005. In this role, Jordan joined the cadre of scientific support coordinators around the country to provide scientific input to the U.S. Coast Guard and Environmental Protection Agency for spills of oil and hazardous materials. It was a job that Jordan had coveted since first learning about it 10 years earlier.

Jordan’s first OR&R oil spill response at NOAA was the Tank Barge DBL 152, which occurred shortly after hurricanes Katrina and Rita. The DBL 152 incident was the largest “sinking oil” spill that OR&R has supported. DBL 152 struck a collapsed pipeline service platform in the Gulf of Mexico in November 2005, spilling an estimated 2.7 million gallons of a heavy oil mixture that (being denser than seawater) sank to the bottom of the Gulf.

“It was a really amazing incident that clearly demonstrated the value of scientific support. There was very little oil to see on the water’s surface, but we knew there was a large puddle of it in 50 feet of water, 35 miles offshore," Jordan said. "So much of the Coast Guard’s response was based on our science-based expectations of how winter storms might stir up oil off the bottom and deposit it somewhere else.” 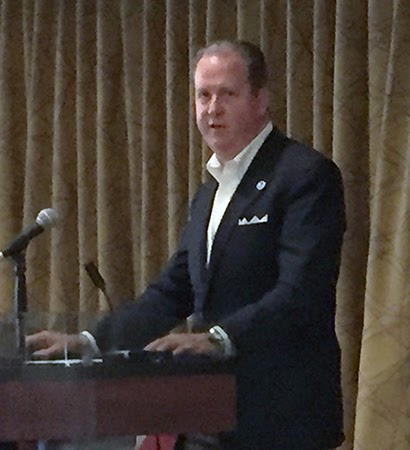 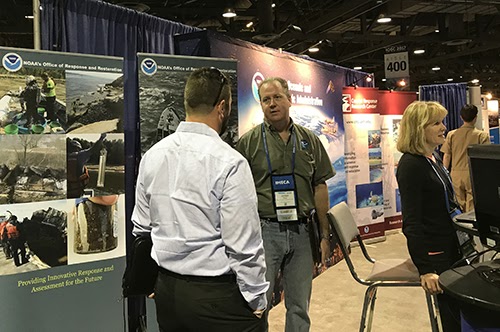 The largest California spill that Jordan has supported to date was the M/V Cosco Busan, a container ship that struck the Oakland Bay Bridge in November 2007, puncturing the vessel and spilling 53,000 gallons of fuel oil into the bay and surrounding waters. Other significant California incidents he has supported include: the T/V Dubai Star in 2009, the Japan tsunami response in 2011, the 2011 assessment of the SS Montebello (sunk by a Japanese submarine in 1941), the Refugio pipeline spill in 2015, and the P00547 (Huntington Beach) pipeline spill earlier this year. Outside of California, he has supported numerous incidents, including the Deepwater Horizon (MC-252) and hurricanes.

When the deadly Category 5 Hurricane Maria devastated the northeastern Caribbean in September 2017, Jordan deployed to assist the Coast Guard with oil and hazardous materials impacting the coast of Puerto Rico. Over the subsequent six months or so, Jordan and his NOAA team focused on hundreds of sunken and displaced vessels of all sizes, many of which had been stranded in and on sensitive habitats (e.g., mangroves, shallow seagrasses, coral reefs).

As the beneficiary of other’s assistance following Hurricane Andrew, Jordan has supported numerous hurricane responses over the years.

“I just hope that I can help make things even a little less bad for folks in communities that are often devastated and have a lot to deal with," he said. 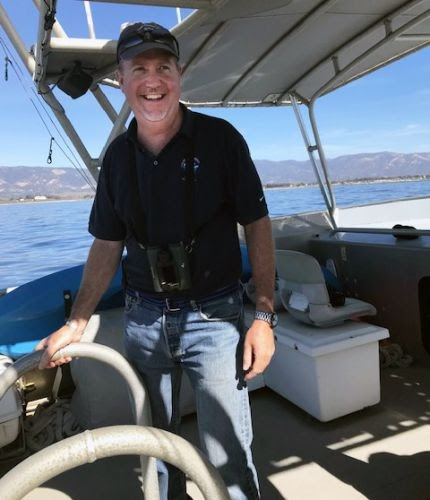 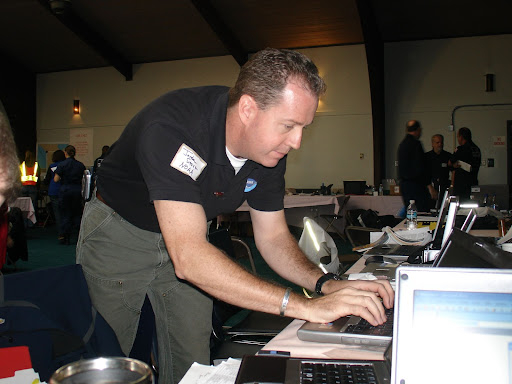 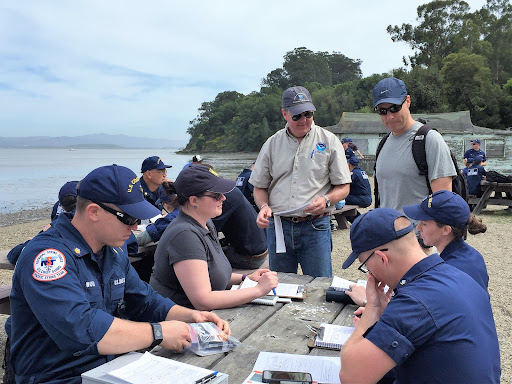 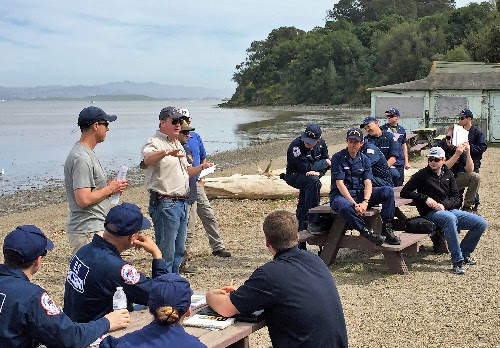 Overall, Jordan loves his NOAA post in California, which he finds highly rewarding and also allows him to pursue many of his outdoor interests—salt and freshwater fly-fishing, paddle boarding, honing his photography skills, and cooking.

“Although my background is as a science researcher, I particularly enjoy applying science to make bad situations better," Jordan said.

I had the pleasure of working with Jordan on CA spills and drills. Glad to see the recognition here of all the amazing work.

My go to resource for spill response in CA!

I new Jordan was a real asset, but not in so many ways! Thank you, Jordan, for your dedicated service over these many years and for your patience and positive attitude that came with it!