This feature is part of a monthly series profiling scientists and technicians who provide exemplary contributions to the mission of NOAA’s Office of Response and Restoration (OR&R). In our latest "Minds Behind OR&R," we feature software developer extraordinaire, Naomi Wilkins.

When Naomi Wilkins first came to NOAA, she thought it would be a short-term gig. But what started as a one-time project soon blossomed into something bigger—a more permanent role, and a drive to help make the world a better place through her skills as a software developer.

Having a fascination with computers throughout her early years, Naomi’s path took her to Sno-Isle Technical High School in Everett, Washington, and then to several interesting and professionally challenging internships and jobs. While still in high school, she began interning at a public relations firm that later hired her, starting her professional career in software development.

A few years later, she was asked to help with a new project in NOAA’s Office of Response and Restoration. The Marine Debris Monitoring and Assessment Project, known as MDMAP, is a NOAA initiative to compile a record of the amount and types of debris in the environment. The project went on to become the flagship citizen-science initiative of OR&R’s Marine Debris Program, engaging partner organizations and volunteers across the nation in completing shoreline marine debris surveys.

“What drew me to working with NOAA and has kept me around, is the diversity of projects and the possibility that code I write may somehow be making the world a healthier, cleaner, safer place,” Naomi said. “So much software development is making a buck for someone else, and most times that's a rather lucrative buck, but that was never what I wanted out of programming. Programming is a way of expressing myself, an expression that I can channel my passion into.”

In those early days and through those connections, Naomi also started contributing to early versions of some of OR&R’s response system planning tools. Coming onboard as a contractor with OR&R’s Emergency Response Division, her first big project was a complete interface redesign for ResponseLink, the internal website that NOAA uses to share information during oil spills or other pollution response operations. The result was a responsive user interface, for seamless mobile- and tablet-friendly viewing; a new dashboard-style home page, providing a quick overview of active spill responses; and a new map-view of our historical catalog of incidents, offering insights to regional trends.

"Of the many applications that Naomi has worked on, I use ResponseLink the most, by far," said OR&R Scientific Support Coordinator Jordan Stout. "ResponseLink underwent a pretty big overhaul shortly after I joined OR&R and I was immediately wowed by the opening dashboard view and mapping visualizations. And from a practical standpoint, the current layout and capabilities are much more user-friendly for creating, maintaining, and searching hotlines, and digging through National Response Center reports."

Naomi went on to help improve a number of tools within the CAMEO® suite of chemical response tools, which NOAA jointly develops with the Environmental Protection Agency. The CAMEO suite is a popular set of tools for emergency responders and planners in the U.S., with a devoted and extensive worldwide user community. In 2018, Naomi and other members of the small CAMEO team won the prestigious "Team Member of the Year" award, being specifically cited for their dedication to their users. The team listened closely to their users’ needs—designing the tools based on that feedback, assiduously updating the programs, and providing top-level technical support—all of which produced critical, tangible benefits to the emergency response community nationwide and internationally.

Currently, Naomi is the project lead for a new website under development to create a single source for CAMEO information and installers, which are currently provided on both the EPA website and the NOAA OR&R website.

Another achievement of Naomi’s involvement in the new web-based GNOME suite of oil spill trajectory and weathering tools. Like her other projects, it required considerable updates from the desktop GNOME (first released in 1999) to improve the user experience and interface. Naomi explains that she really “pushed the envelope” on what browsers can do for data visualization—in this case, visualizing the estimation of where oil will move and how it will weather when spilled on the ocean.

GNOME Program Manager Amy MacFadyen recognizes the skill and congeniality that Naomi exhibits every day: "The look and feel of the present day WebGNOME application still reflects Naomi's creative and thoughtful design from her original work on the program. Although she has moved on to other projects, she continues to be a valuable contributor to the GNOME team. No matter how much else she has going on—typically a lot—she is always willing to answer technical questions or quickly resolve any problems that arise. (She even cheerfully tolerates Minecraft questions from my 7-year old pandemic 'co-worker.')"

Having served in so many different roles—software developer, system administrator, repair technician, tester/debugger, and designer—Naomi’s skill set is a huge asset to our group. But what sets her apart is that she has further contributed to OR&R’s programmer skill set. In response to an idea suggested at the 2019 Emergency Response Division team meeting, she began coordinating a programmer Community of Practice to discuss improvements in OR&R's programming environment, development systems that the team has to work with, security requirements they have to meet, and establishment of a baseline of programming standards. The group's semi-regular discussions provide a conduit to share news, discuss and collaborate on challenges, and improve efficiency and communication when projects are handed off to other programmers.

“What I like most about my work is how every day is different, and the creative freedom in that. One week I might be designing and developing a new data-visualization feature to explore the emergency responses we've provided support for, and the next I'll be engineering a CI/CD pipeline (a series of steps that must be performed in order to deliver a new version of software),” Naomi said, adding that the hardest part of her work is that “there are so many projects worth doing. So many things that could help our missions and the public at large but that there will never be enough time in the day or developers to build them.” 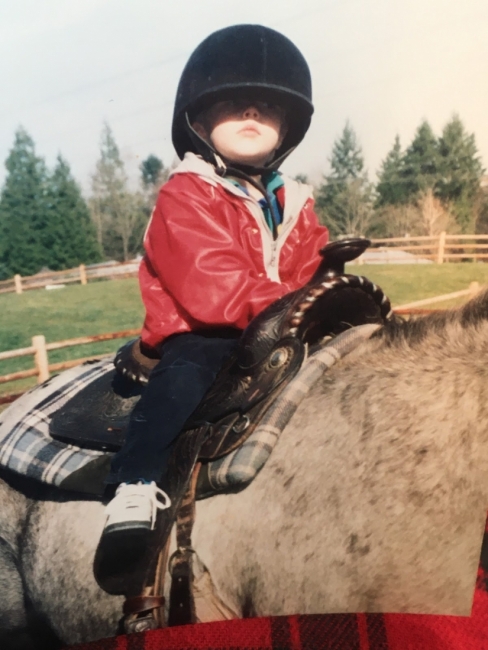 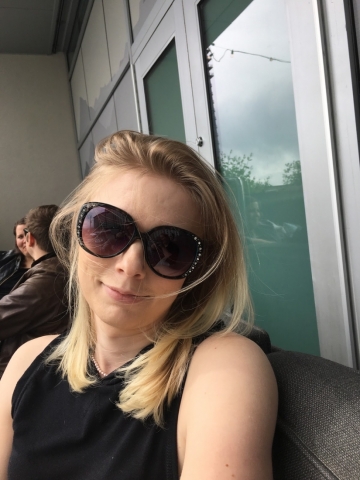 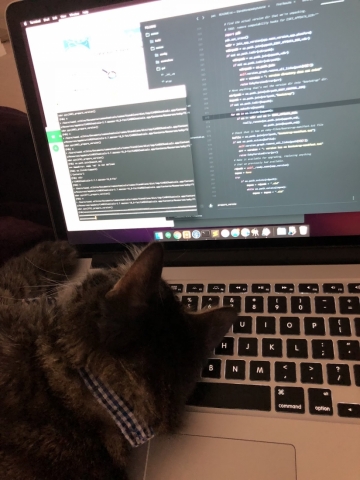 Outside of work, Naomi’s broad interests include journaling/chronicling; languages, including Gregg shorthand; and antique/vintage technology. (She wishes she still had her first computer, an Apple II with dot-matrix printer, acquired in the third grade.)

With her job focused on computer science, Naomi carries this passion outside of work as well. For the past few years, she has been involved in the Ada Developers Academy, tutoring and mentoring students of all ages in coding and software development. Ada is a non-profit, tuition-free coding school that serves low income people, underrepresented minorities, and members of the LGBTQIA+ community. It provides a highly immersive, tuition-free program that combines classroom training and a paid, learning internship. Naomi explains that helping with Ada has been highly rewarding. (If you’re a developer and would like to share your knowledge with Ada students, get in touch with Naomi.)

So, what is Naomi’s current OR&R project? In a way, her work has come full circle—she’s working on a project that started her down the NOAA path. About a year and a half ago, she was asked to redesign MDMAP, updating its interface by re-focusing on its usability and functionality; adding an application programming interface to make it easier for the public to access; and integrating it with DIVER, NOAA’s public data repository for natural resource damage assessments. Watch for MDMAP 3.0 coming to fruition in the next few months—and watch where Naomi Wilkins takes OR&R’s software development over the coming years!