Passing on the Torch: Preparedness and Response Role for the Panama Canal Changes Hands

As a response operations supervisor for NOAA’s Office of Response and Restoration, Ed Levine is part of an interdisciplinary scientific team that responds to oil and chemical spills in U.S. waters and helps the U.S. Coast Guard make timely operational decisions during a spill response.

Though Ed oversees scientific support coordinators on the East Coast, his work has taken him around the world — from the Galapagos Islands and Uruguay to Portugal and China. But the one place that he keeps going back to is the Panama Canal.

A 50-mile artificial waterway across the Isthmus of Panama, the Panama Canal acts as a shortcut between the Atlantic and Pacific oceans and provides an important passage for maritime trade and global commerce. With nearly 15,000 ships passing through the canal each year, there’s an increased risk for oil and chemical spills, and a greater need for a strong preparedness posture.

For over a decade, Ed Levine has made trips down to the canal to support continued response and preparedness efforts. Though Ed’s role in supporting the Panama Canal Authority is but one piece in the historic timeline of U.S. involvement in the canal.

A History of U.S. Involvement

Theodore Roosevelt declared a need for a canal connecting the Atlantic and Pacific Oceans in his first speech to Congress in 1901. In his speech, Roosevelt stated that such a canal would make the United States a great power and provide a channel from which to extend its reach on a more global scale — improving trade and commerce, but also a means for better military defense.

The U.S. sought to reach an agreement to build the canal, but was rejected by the Columbian government. Aware of Panama’s desire for independence, Roosevelt sent a marine fleet to Panama to back a revolution for independence that began on Nov. 3, 1903. With U.S. support, Panama gained recognition as the Republic of Panama three days later. On Nov. 18, the Hay-Bunau-Varilla Treaty was signed, giving the U.S. possession of the Panama Canal Zone. 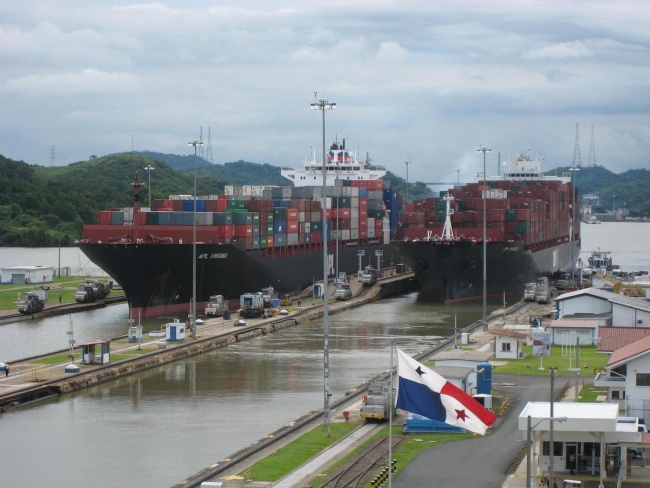 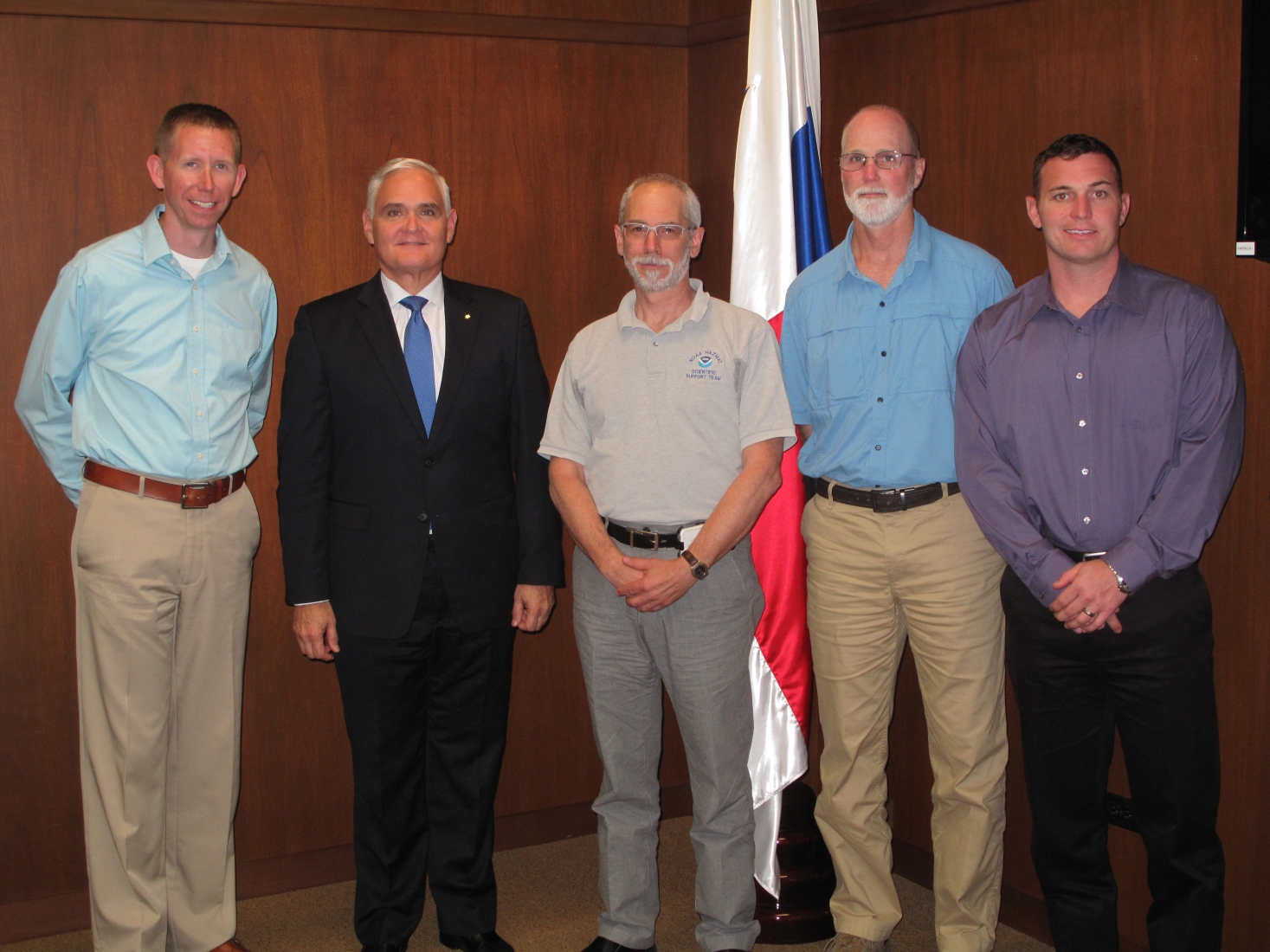 Working Together to Prevent Marine Pollution

“The Panama Canal Authority (ACP) can call us up at any time if they have an incident in their area of responsibility,” Ed said. “The Panamanian government, however, would still have to go through the intergovernmental request process for our aid in an incident response outside the Canal Zone. But because of this unique agreement that we have with only the ACP, we can actively respond to incidents right away.”

The agreement allows for involvement from a variety of U.S. agencies, including the Department of State, the Environmental Protection Agency, the U.S. Coast Guard, and, of course, NOAA. As the agency that handles the science for oil spill response in U.S. waters, NOAA’s Office of Response and Restoration maintains a close partnership with the Panama Canal Authority, or ACP.

When the partnership first began, Ed would go down to Panama at least once a year to help plan and execute spill response exercises in the canal.

“The first time I went down there, I expected a real third world country,” Ed said. “But it’s amazingly modern, with more biodiversity than anywhere in the world. And the canal was this engineering marvel to build, but that’s actually incredibly simple to operate.”

Canal locks are at each side of the canal to lift ships up to Gatun Lake, the artificial body of water that makes up the canal. The ships are lifted above sea level, and then lowered again on the other side. The only mechanism required is the opening and closing of the locks to control the flow of water.

Growing the Canal: From Swinging to Sliding 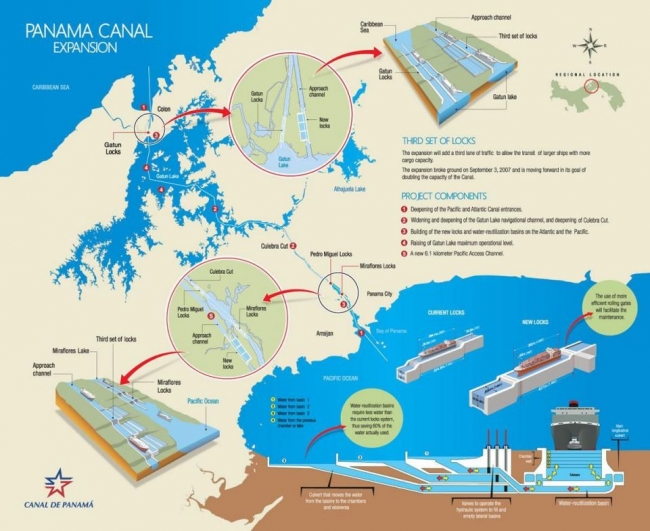 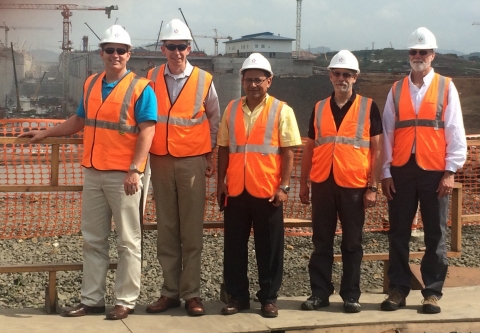 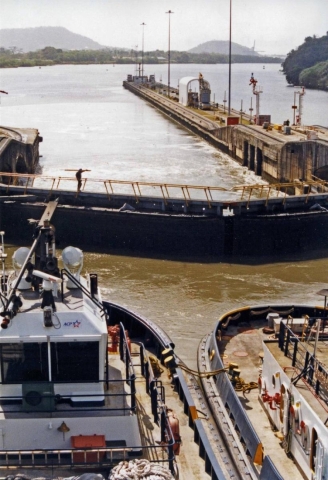 In 2007, an expansion project for the canal began. The project set out to double the capacity of the canal with a new traffic lane that allowed for both a larger number of ships, and ships of a larger width and depth, such as NeoPanamax ships, which are about one and a half times the previous Panamax ships and can carry twice as much cargo.

The project widened and deepened the existing channels and raised the maximum operating water level of Gatun Lake. It also changed the locks from a swinging design to a sliding one to make the opening and closing of the locks even smoother.

During the expansion project, Ed was part of a team from various U.S. agencies asked to provide input on the new locks.

“We did inspections of the locks, and they actually made modifications based on our recommendations,” Ed said, adding that the U.S. contribution to the project also included an analysis of the new risks and preparedness needs that the expanded canal might have.

With the expansion of the canal, liquefied natural gas (LNG) carriers could now make use of the waterway. Previously, LNG carriers did not use the canal because they mostly used the larger post-Panamax size ships, and thus did not fit in the locks. As the U.S. began to increase LNG exports, the Panama Canal expansion became a valuable economic asset. More than 90% of the world’s LNG fleet now transits through the Panama Canal. But with this traffic comes an added risk for incidents.

During a 2015 visit to the canal, Ed, as part of the U.S. National Response Team, met with representatives from the Panama Canal Authority to review the implications of LNG carrier transits — identifying a need for contingency and safety plans, as well as for training and exercises to improve overall preparedness.

From ‘Crawling’ to ‘Running’

Ed remembers that when he first started going down to Panama, his visits were as frequent as two and three times a year. Together with the National Response Team, he would participate in everything from regular conference calls to annual full-scale exercises and site visits.

“Initially we would send teams down to do both the planning and execution of the exercises, but now the canal does it on their own. They know the ICS [incident command system] and they’re well-equipped to handle whatever comes their way,” Ed said. “They’ve really gone from crawling, to walking, to running in terms of their preparedness level. They’ve really been great partners to work with, and very willing to take the lead in the preparedness role.”

As Ed plans to retire at the end of the year, his last trip to the canal was earlier this year. The ACP gave him a very fond farewell for all his work with them. Though the ACP has integrated the incident command system knowledge into their response plans and preparedness efforts, there will always be a need for someone in Ed’s position to provide expertise when called upon. Scientific Support Coordinator Brad Benggio will be taking on the role and continuing the long-standing history of international collaboration with the Panama Canal.