By Mathew Dorsey and Laurie Sullivan

NOAA is constantly on the lookout for new ways to improve the speed and accuracy of the information we collect — for both oil spill response, and for the assessment phase that follows. In most spills, we search for the oil “footprint” on the water and shore via manned aircraft, boat surveys, satellite imagery, or deployed beach teams. Though they are capable of delivering good data, these methods can take half a day or more to deliver the imagery, data, or reports to spill responders and scientists.

In recent years, however, we have explored (in a non-spill setting) using Unmanned Aircraft Systems (UAS), or drones, with direct links to data managers onshore in a command post.

Based off a previous exercise from 2014, this exercise tested new sensors for their ability to transmit imagery in near real time to the Environmental Response Management Application (ERMA®), NOAA’S geographic information system (GIS) based mapping application, to evaluate our rapid assessment capabilities for oil spills. The goal was to provide increased resolution and near real-time transmission for visualization and rapid assessment of oil. By eliminating the wait time for landing and data download from onboard hard drives, these improvements can lead to faster operational decisions for deploying assessment and cleanup activities during an oil spill.

Approximately 9 miles offshore of Santa Barbara, California, the team tested the utility of UAS imagery for reconnaissance by searching for naturally occurring seep oil in the area as well as using simulated oil (fluorescein dye and rice hulls) deployed from the NOAA R/V Shearwater along a predetermined path. The unmanned aircraft, known as JUMP-20, flew at varying altitudes to collect imagery and test the ability to spot oil at higher altitudes and over a wider area of open ocean. (Figures 1 & 2) 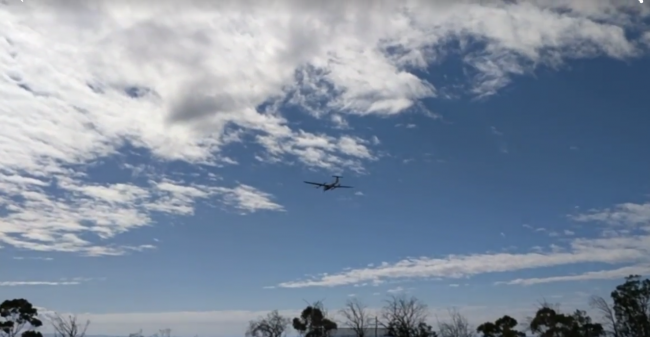 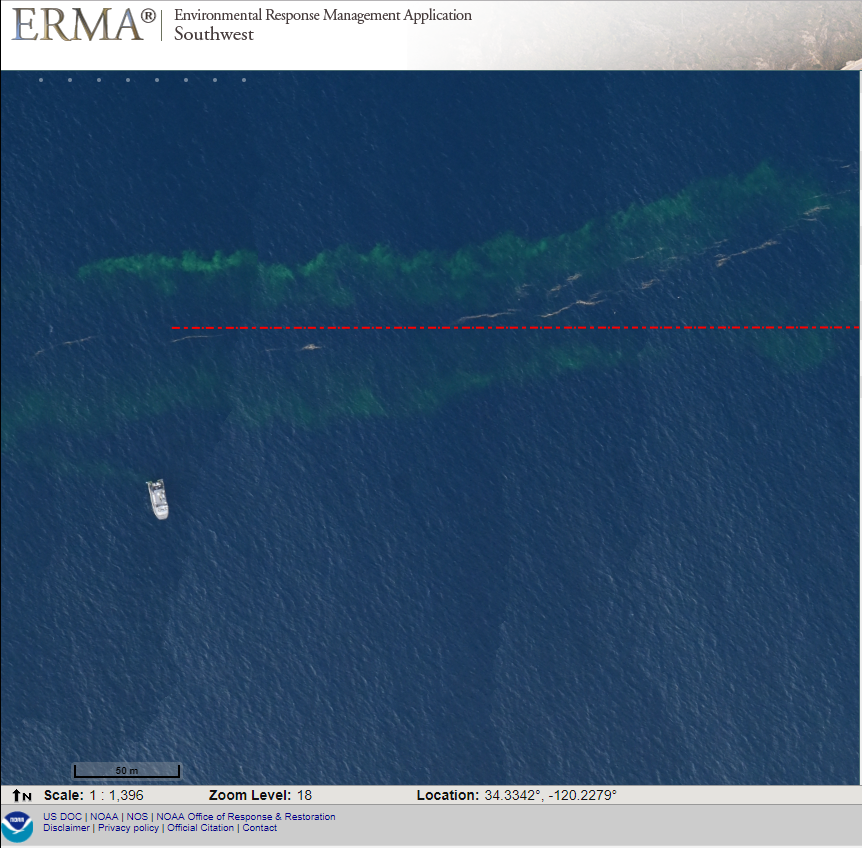 Along the shoreline, large black and brown sheeting and smaller black and brown fabric squares and other shapes were used to simulate light to heavy oiling and tarball deposits. At Gaviota and Refugio state beaches, the arrays consisted only of “swaths” of sheeting to simulate moderate and heavy oiling — primarily for reconnaissance purposes (Figure 3). Along the beach below the Gaviota Marine Terminal, detailed arrays representing small and medium-sized tarballs for the purposes of Shoreline Cleanup and Assessment Technique (SCAT) evaluation and Natural Resource Damage Assessment (NRDA) surveys were set up at known coverages. (Figure 4)

“For NRDA, we have a few questions that are important to try to get at early in a spill. First, can we quantify how much oil has landed on the beach, given repeated oiling?” said Laurie Sullivan, an environmental scientist with NOAA. “Second, can we distinguish oil on the beach from dried wrack (drift seaweed) with cameras from UAS? Last, beach wrack itself is an important natural resource that often gets removed by spill responders in the interest of cleaning the beach — can we tell how much was there before responders get there?”

Aerial imagery from the three beaches were transmitted down to the flight control field station and then quickly processed and available within 15 minutes of the JUMP-20 passover. GIS analysts using ERMA and Chevron’s ArcGIS online, quickly dropped points on the imagery, as they visually scanned for the larger simulated oil patches to characterize the oil as heavy, medium, or light.

The near real-time imagery did not show the smaller oil patches with enough detail needed to identify simulated shorebirds, however, the post-processed imagery made available the following day provided higher resolutions and the smaller simulated oil patches and larger shorebird decoys were visible. (Figure 5) 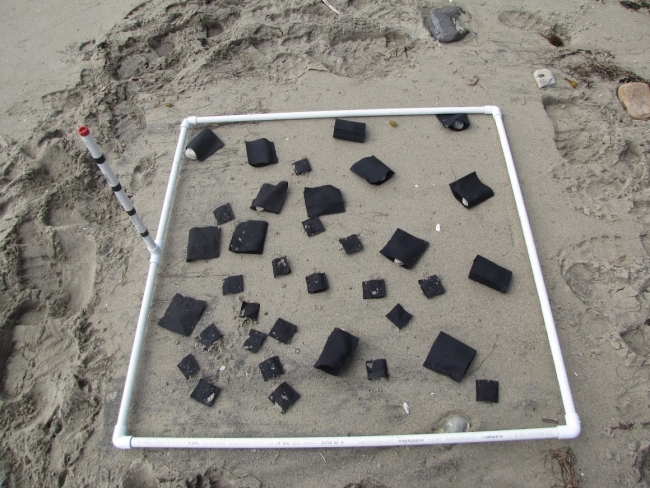 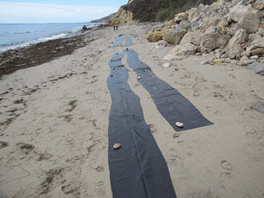 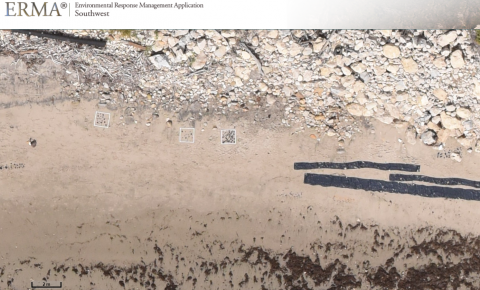 The ability to stream aerial imagery in near real time to a local GIS trailer — allowing analysts to quickly digitize and fill out reconnaissance shoreline oiling forms and request rapid shoreline treatments — was a major step forward to come out of this exercise. For NRDA, higher resolution imagery was provided within days — this could help NRDA practitioners to conduct initial investigations and possibly identify affected resources as well as start to roughly quantify shoreline oiling.

A remaining challenge in using this imagery for finer-scale oil detection (especially for NRDA purposes) is to improve the ability to distinguish tarballs from beach wrack.

Improvements to be made include better processing to remove unaligned stitching of the imagery, which would limit false positive oil identifications in the future. Another would be the ability to stream the near real-time imagery into a command post setting instead of a local GIS trailer which would be a useful feature for future exercises and spills. For this exercise, the JUMP 20 aircraft used a chase plane for safety when not flying within line of sight — a requirement by the Federal Aviation Administration (FAA). By continuing to work with the FAA, it is expected that this requirement will be waived during emergencies.

Participants in the drill plan to continue to meet to discuss improvements and work toward making the use of UAS operational for oil spill response efforts. To see examples of the imagery and field photos from the exercise, view the nearshore photos here and the offshore photos here.