The Anacostia River: Challenges and Opportunities for Outdoor Recreation in the Heart of Washington, DC

By Erin Garnass-Holmes, ambassador to the Anacostia Watershed Urban Waters Partnership, and Megan Ewald, Office of Response and Restoration 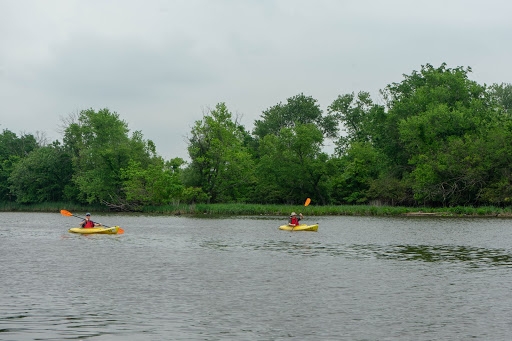 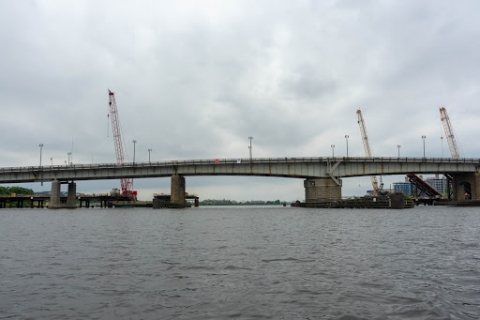 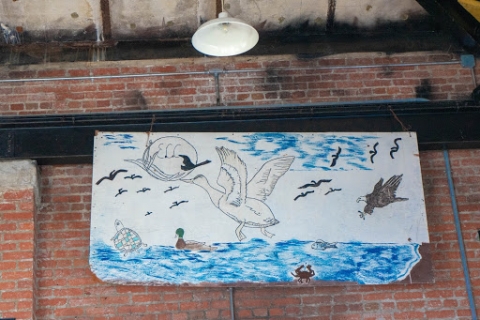 This blog was originally published on June 6, 2019.

The Anacostia River in Washington, D.C., was a poster child for America’s degraded urban waterways. Years of industrial land use on the waterfront and floating trash scared many people away from recreating on or by the river. However, in recent years local advocates, government agencies, and water utilities have made great strides in restoring this urban river.

In 2018, the Anacostia Watershed Society awarded the Anacostia River its first passing grade on its annual report card. The river had failed each year since the report card was started in 2014, due to fecal bacteria, water clarity, trash, and other measures — but now many of these metrics are getting better.

Last year, the District’s water and sewer utility completed the Anacostia River Tunnel, a massive infrastructure project that has reduced nearly 90% of sewage overflows into the river, with a 99% reduction planned by 2023.

In 2019, state and federal agencies intend to release a proposed plan to clean up the sediment at the bottom of the river that still contains legacy pollution from years past.

The river is on such an exciting upward trajectory that the Anacostia Watershed Urban Waters Partnership recently partnered with the District Department of Energy and Environment and SmithGroup, a design and engineering firm, to study the feasibility of creating a space specifically for swimming in the Anacostia River.

The study explores what a swimming facility might look like in the Anacostia River, where it might go, and how it might fit into other planning and restoration efforts along the corridor. This would be a great benefit for communities where aquatic recreational opportunities are limited.

If you are familiar with the Anacostia River, the idea of swimming in it might make you raise your eyebrows. The Anacostia has a reputation to overcome before many District residents are willing to cannonball in, especially for people who have lived here for a long time.

Longtime residents may have been told that the river is dangerous, especially for children. For predominantly African American communities adjacent to the eastern shore of the river, this is a very real concern. To some, however, the river has always been a hidden gem. One man remembers swimming in the river with his friends as a child, when public pools were segregated. Other long-time residents may remember big signature events in the parks such as Malcolm X Day, or smaller affairs such as family reunions and picnics near the pirate-ship-themed playground.

A dedicated community of rowers has used the river since the late 1980s, initially launching their program as a way to engage youth.

Although it has taken decades, the state of the river is finally catching up to the demands of recreational users, who are growing in number.

As government agencies and community advocates plan major efforts to remediate pollution, restore habitat, and improve access to the Anacostia River, the question for advocates now is how improvements can equitably serve both residents who lived through the river’s darker years as well as newcomers.

Planned improvements to waterfront parks — including the exploration of a river swimming facility — are presenting tangible, visual ways that people can envision themselves connecting with their river in the near future.

Erin Garnass-Holmes is the ambassador to the Anacostia Watershed Urban Waters Partnership in Washington, D.C. and Maryland. OR&R’s Assessment and Restoration Division works with partners on the Anacostia River assessing environmental impacts from releases of hazardous substances in the watershed. We are happy to highlight the Anacostia Watershed Urban Waters Partnership and the excellent work they do advancing restoration of this urban river in the heart of Washington, D.C.